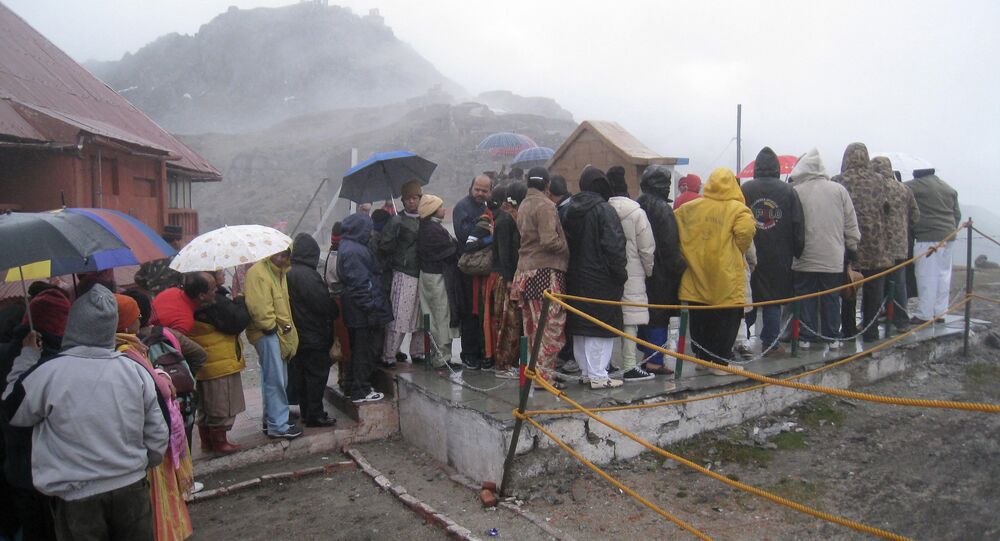 China blocked the Nathu La pass last year citing “unfavorable weather conditions.” However, the move was largely seen as an offshoot of the crisis that saw Indian and Chinese troops engaged in a prolonged standoff at the Doklam plateau in the second half of 2017.

New Delhi (Sputnik) — In what is being seen as a gesture aimed at easing tensions, China has agreed to allow Indians to use the Nathu La pass for the sacred Kailash-Mansarovar pilgrimage after briefly blocking the route. India's Minister of State for External Affairs V K Singh informed the Parliament on Thursday that China had agreed to open the Nathu La pass near the northeastern state of Sikkim so that pilgrims could visit the Mount Kailash and the Mansarovar Lake both situated in Tibet.

The Kailash-Mansarovar pilgrimage is undertaken via two different routes by Indians. The Nathu La route, inaugurated in June 2015 is administered by the Tibet Autonomous Region government on the Chinese side. It cuts short the trekking time.

© AP Photo / Anupam Nath
India-China Bonhomie is Back on Track - Indian Army Chief
Mount Kailash is a 6630-meter high peak in the Transhimalayan mountain range in Tibet Autonomous Region. Just 20 kilometers away from Mount Kailash, is the sacred blue and emerald green Manasarovar Lake that lies at a height of 15,015 ft. The lake is known to be an epitome of purity, containing healing properties and the power to wash off all mortal sins. The twin destinations are deeply revered by Indians of the Hindu, Buddhist and Jain community.
...
Reddit
Google+
Blogger
Pinterest
StumbleUpon
Telegram
WhatsApp
40