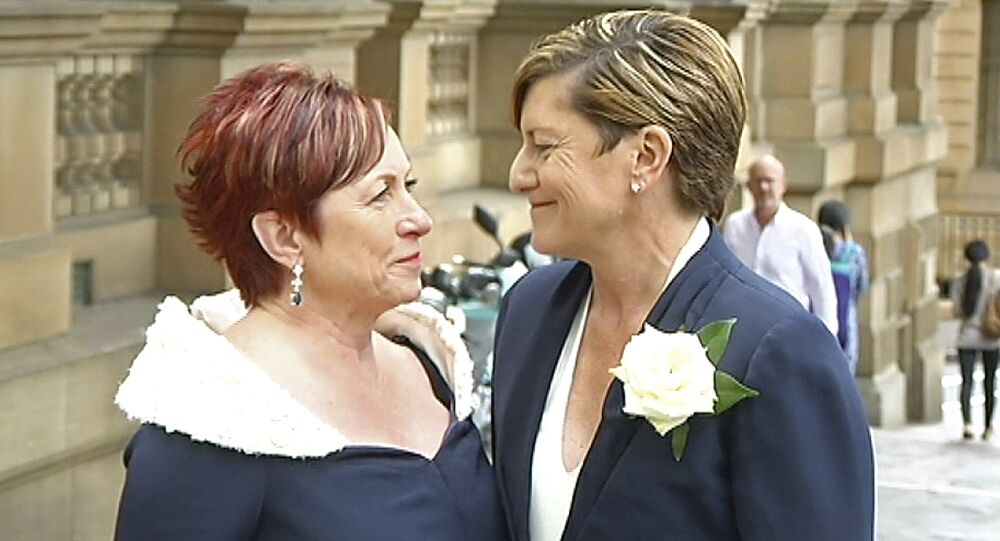 In December 2017, Australia became the 25th country to legalize same-sex marriage which is supported by at least 62 percent of Australians, according to a survey.

Former Australian Prime Minister Tony Abbott has attended a ceremony in Sydney to mark the same-sex marriage of his lesbian sister Christine Forster, in what the ABC news agency reported was "a show of support."

A man who was at the helm of Australia's national campaign against gay marriage, Abbott said that he was "looking forward to having a new sister-in-law" when he joined her sister Christine Forster marrying her partner Virginia Flitcroft.

A survey that was conducted at the time revealed that at least 62 percent of Australians supported same-sex marriages in their country, making Australia the 25th country to legalize marriage equality.

Abbott, who was Prime Minister of Australia from September 2013 to September 2015, previously said that although he vehemently opposes gay marriage, he would be in attendance at his sister's wedding if marriage equality is officially legalized in Australia.