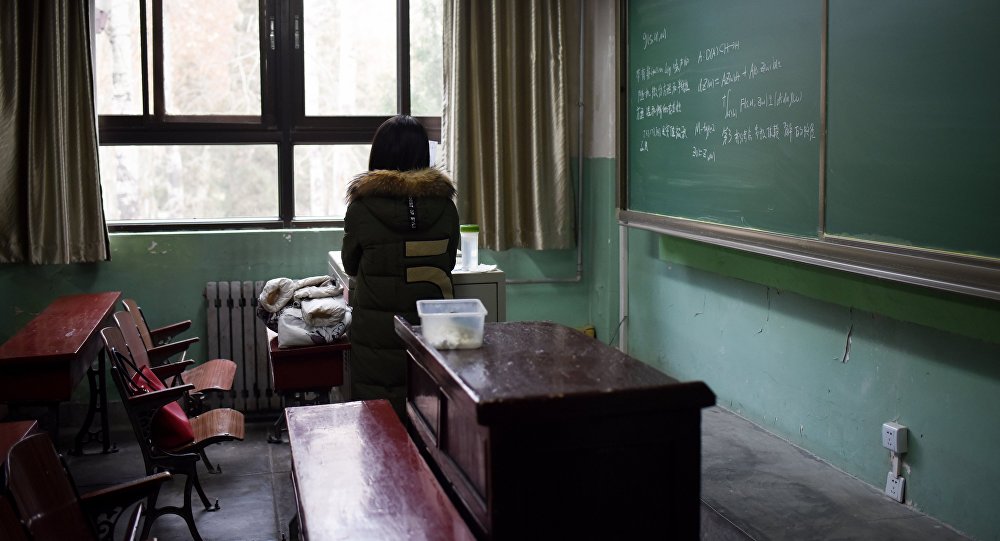 A manifesto against sexual harassment has been signed by more than fifty professors from at least thirty colleges in China, where women's alleged sexual assault stories are already becoming viral.

The #MeToo movement has been launched in China in a bid to use the two-word hashtag on social networks to expose alleged cases of sexual assault and harassment, especially in the workplace.

The Twitter-like Weibo platform has already seen the hashtags "Me too" and "Me too in China" become trending topics as more and more Chinese women, including former doctoral student Luo Qianqian, start sharing their sexual assault stories.

The AFP cited Luo as saying that she was "amazed" that her story, which she posted on Weibo, had received at least three million views within hours.

She praised the Chinese Education Ministry for pursuing a "zero tolerance" policy toward a public outcry over sexual harassment cases in China and creating a new mechanism to prevent the problem.

"The ministry's response was really a surprise, because it's a commitment from our country. I'm very glad my country is finally making this move," Luo said.

Her remarks came shortly after more than fifty professors from at least thirty colleges across China inked an anti-sexual harassment manifesto.

How is #metoo faring in #China? Author of the upcoming book " Betraying Big Brother: The Feminist Awakening in China" @LetaHong joined us to talk about the similar movement growing in the country: https://t.co/aG1se0izSz pic.twitter.com/wnB6OJ7Mes

The #MeToo movement emerged in the wake of public revelations of sexual misconduct accusations against Hollywood film producer Harvey Weinstein.

READ MORE: 'MeToo is Becoming Too Much of a Witch Hunt' – Writer

The scandal triggered many similar allegations against powerful men mainly in the United States and Europe, with many of them already having been ousted from their positions.