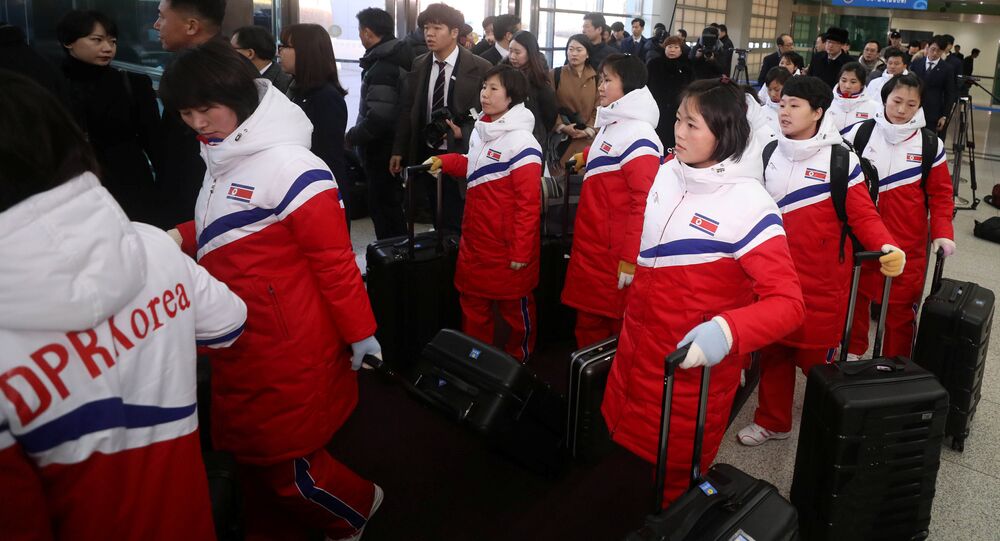 MOSCOW (Sputnik) - North Korean athletes crossed into South Korea on Thursday where they will compete in next month’s Olympic Games as part of a unified Korean women ice hockey team, local media said.

Twelve ice hockey players arrived in the morning at the customs office in the South Korean border city of Paju, accompanied by a delegation of eight sports officials, the Yonhap news agency reported.

The South Korean media outlet said a total of 22 North Korean athletes will participate in three sports events, in addition to the ice hockey team, which will inspect the rink later in the day.

Earlier, the International Ice Hockey Federation praised the agreement between Seoul and Pyongyang to field a joint team in women's hockey, saying that the joint team would positively reflect the Olympic ideals of social development and peace through sport.