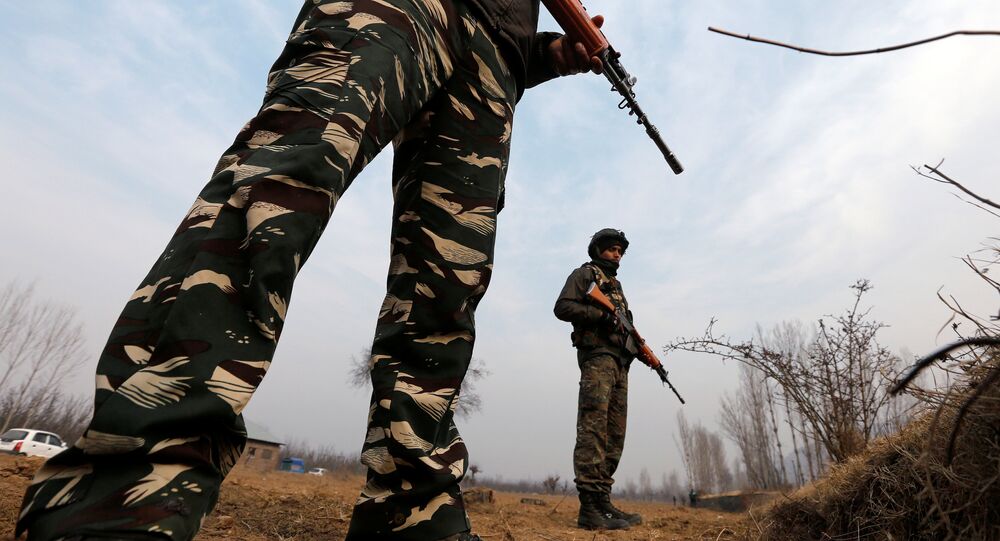 "Deputy High Commissioner of Pakistan Syed Haider Shah was summoned to the Ministry of External Affairs today. He was conveyed Government’s grave concerns at the continued ceasefire violations and deliberate targeting of innocent civilians by Pakistan forces. More than 100 such violations have been carried out by Pakistan forces on the Line of Control and the International Border so far during 2018," the statement read.

The ministry stressed that nine civilians had been killed by Pakistan on Thursday and Friday.

"It was conveyed to the concerned authorities in Pakistan that deliberate targeting of innocent civilians was against all established humanitarian norms and practices," the statement said.

Meanwhile, the Indian security has been deployed in Kashmir and other sensitive areas across the country to prevent militant strikes ahead of January 26, when the heads of state of the ten countries of the Association of South East Asian Nations (ASEAN) would join the celebration as special guests at the country's Republic Day parade in New Delhi.

The disputed regions of Jammu and Kashmir have been engulfed in India-Pakistan standoff since the end of the UK rule in 1947. Following several armed conflicts, the two countries agreed to a ceasefire in 2003. Since then, both sides have repeatedly accused each other of violating the truce, with the continued instability in the region leading to the emergence of various extremist groups.