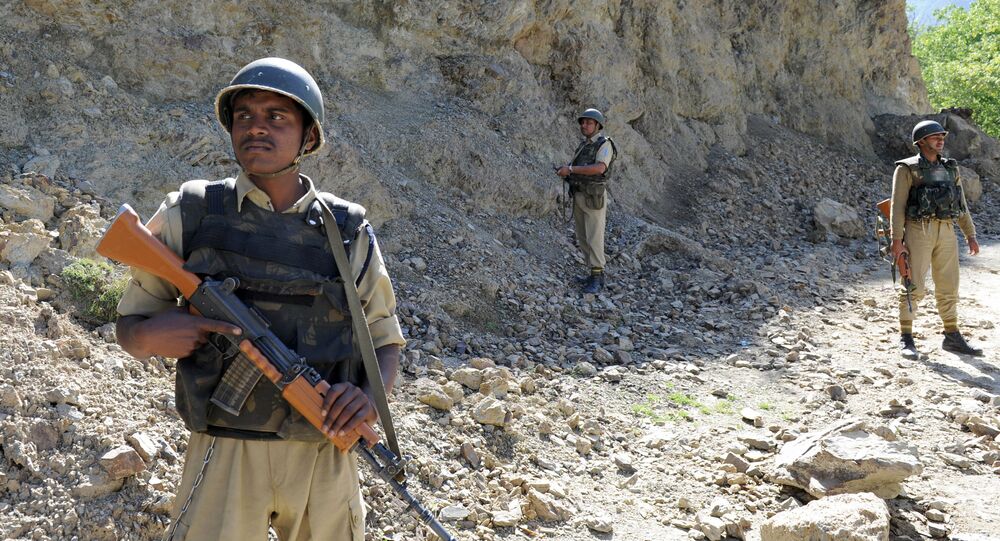 The incident is the first major infiltration success story of 2018 for India's security forces in Kashmir. Last year, Indian armed forces eliminated a total of 218 terrorists in Jammu & Kashmir - the highest figure since 2010.

New Delhi (Sputnik) — India's armed forces claim to have eliminated six terrorists who were allegedly trying to enter Kashmir through the Pakistan border on Monday. Imtiyaz Hussain, Senior Superintendent of Police (SSP) of Baramullah district, where the encounter took place, said the terrorists belonged to the Pakistan-based Jaish-e-Muhammad outfit and were apparently planning to launch a suicide attack in India as evident from the weapons and other belongings seized.

​"From the recovery of arms/ammunition and other warlike stores it appeared that the militants had had hatched a plan to launch a Fidayeen attack and belonged to the Jaish-e-Muhammad militant group," SSP Imtiyaz Hussain said.

An army spokesman said that the infiltration bid was foiled by "alert soldiers" near the Line of Control (the De facto border between India & Pakistan) near Duljana of Uri sector in North Kashmir's Baramulla district. The operation was jointly carried out by the police, army and the Central Armed Police Force (CAPF).

Meanwhile, security has been beefed up in Kashmir as well as other sensitive areas across the country to prevent militant strikes ahead of January 26, when the heads of state of the ten countries of the Association of South East Asian Nations (ASEAN) would join the celebration as special guests at the country's Republic Day parade in New Delhi.