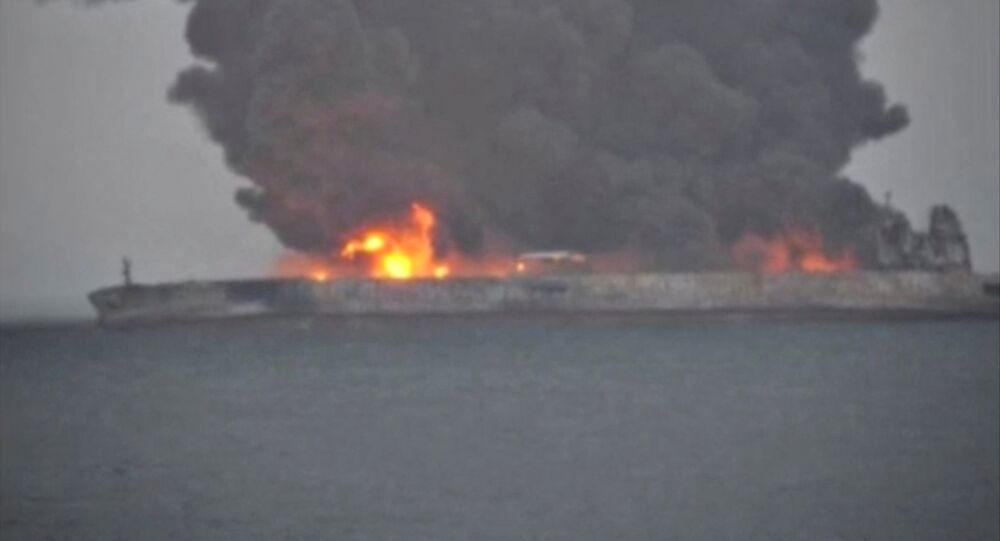 TOKYO (Sputnik) - The burning Iranian oil tanker that collided with a Chinese cargo ship earlier in January has drifted into Japan's exclusive economic zone, a spokesperson for Japan's Coast Guard, which monitors the situation, told Sputnik.

"The tanker is currently 300 kilometers [186 miles] away from Amami Oshima island. Our patrol aircraft and a vessel are monitoring the situation. The Chinese services are working at the scene to fight with the fire. We are monitoring the situation in order to take measures if there are signs of oil leakage or people falling into the sea. Oil leakage has not been registered yet," the spokesperson said.

A search-and-rescue operation has been launched to find the missing crew of the tanker. Meanwhile, all 21 crew members of the Hong Kong cargo ship have been rescued.

China has sent salvage ships and vessels to eliminate the fuel spill, while South Korea has sent a vessel and a helicopter to search for missing sailors. The Unites States has sent a P-8 Poseidon anti-submarine aircraft.

Three days later, rescuers found the body of a sailor from the Iranian tanker, which partially exploded.