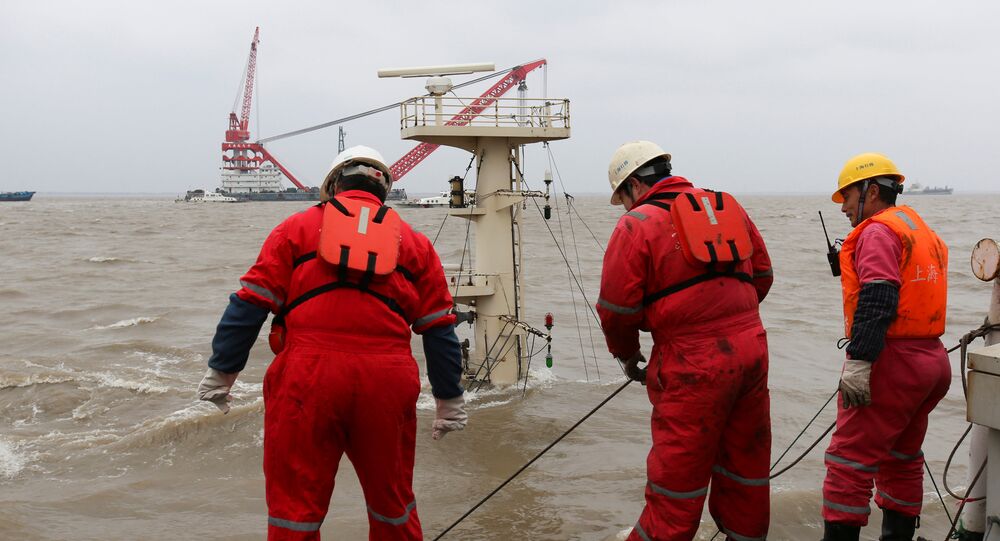 According to China Central Television, the incident occurred on Saturday night. However, the broadcaster has not specified where exactly the collision took place.

Search and rescue operation under way as 32 went missing after two vessels collided off the east coast of China; A Panama registered oil tanker is on fire pic.twitter.com/RslNE08cyd

© AP Photo / Bullit Marquez
Five Sailors Hurt, 10 Missing After US Navy Destroyer Collides With Merchant Ship Near Singapore
One of the freight ships is a Panama-registered Sanchi oil tanker that reportedly caught fire due to the collision. The Hong Kong cargo vessel CF Crystal allegedly did not suffer any sufficient damage.

According to Xinhua reports, the 32 missing crew members from the Panamanian tanker include 30 Iranians and two people from Bangladesh. The sailors from the other freighter were reportedly evacuated.

As a result of the collision, communication with the vessels' crews has been lost. The Chinese rescue ships have already arrived on the scene, CCTV added.