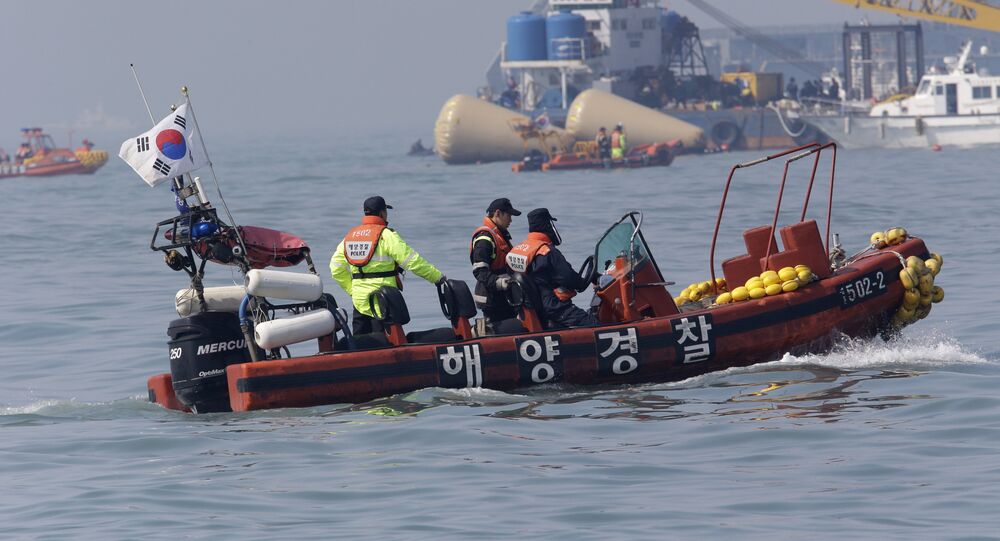 TOKYO (Sputnik) - The authorities of South Korea intercepted and searched the ship under the flag of Panama on suspicion of carrying and selling oil to Pyongyang bypassing the sanctions of the UN Security Council, local media reported Sunday.

The 5,100-tonne KOTI vessel is moored in the port of Pyeongtaek-Tanjin in the South Korean province of Gyeonggi, most of its crew are citizens of China and Myanmar, the Yonhap news agency reported, citing sources.

The decision to ban the ship's exit from the port was taken by the authorities of South Korea on December 21, but the information was disclosed just on Sunday. The South Korean government detains a ship under the flag of a foreign country on suspicion of supplying oil to North Korea for the second time in a month.

© AP Photo / Ng Han Guan, File
China Halts Oil Products' Exports to North Korea Amid New UN Sanctions - Report
Earlier this week, Seoul announced it had intercepted and searched a Hong Kong-flagged ship Lighthouse Winmore, which on October 19 delivered 600 tonnes of processed oil to a North Korean ship. After this, the Hong Kong vessel went to the South Korean port of Yeosu, where on November 24 it was detained and searched by the customs officers of South Korea.