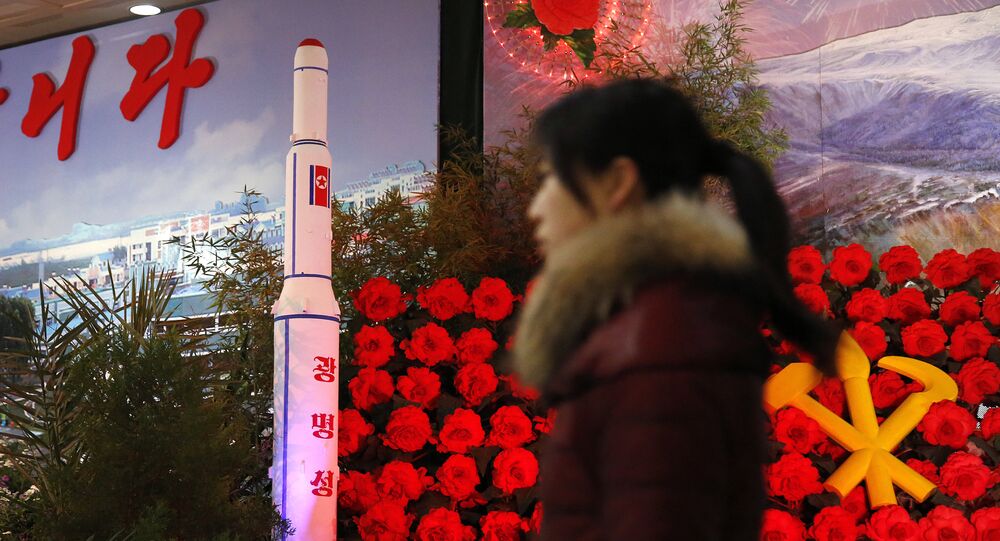 South Korean newspapers have reported that their neighbor to the north has completed development of a new reconnaissance satellite, the first that will enable North Korea to transmit data to Earth.

JoongAng Ilbo, a Seoul daily newspaper and one of the nation's largest, reported that an anonymous South Korean government source told them about the impending launch of the new satellite, which has the capability to deploy from a mobile launcher.

The satellite has been named Kwangmyongsong-5, the Korean word for "Lode Star," a reference to the star that apparently shone across the sky on the day of the birth of the late North Korean leader Kim Jong-il. As the name suggests, it is the fifth in a series of observation satellites that North Korea claims are meant for weather forecasting.

Compounding the controversy, all four previous Kwangmyongsong launches passed over Japan — and the rocket used to launch the latter three satellites was extremely similar to the design of North Korea's Taepodong-2 long-range ballistic missile.

"The North Korean regime's continuing unlawful missile launches and testing activities signal its contempt for the United States, its neighbors in Asia, and all members of the United Nations," US Secretary of State Rex Tillerson told the UN earlier in December. "In the face of such a threat, inaction is unacceptable for any nation."

North Korea has had intense economic and diplomatic sanctions levied against it for continuing to develop its missile and nuclear technology, and they have been prohibited from using ballistic missile technology to carry out launches of any kind — including satellites with no military application.

But Pyongyang defends their sovereign right to a space program. In October, Deputy North Korean Ambassador to the UN Kim In-ryong, said that his nation intended to develop "practical satellites that can contribute to the economic development and improvement of the people's living."

He added that North Korea had the right to launch satellites, a right that "will not be changed just because the US denies it."

The Korean Peninsula has been the site of an ongoing geopolitical crisis since April 2017, when Pyongyang test-launched an intermediate range ballistic missile and Washington responded by beginning a military buildup that has lasted through the rest of 2017.

North Korea has not halted their missile tests in the face of significant international pressure, most recently testing a long-range ballistic missile in late November, claiming that its only guarantee of safety is the ability to respond to any nuclear attack in kind. Its latest missile is claimed to be capable of striking anywhere in the United States.

New Dawn? Seoul Claims North Korea Might Negotiate with US in 2018