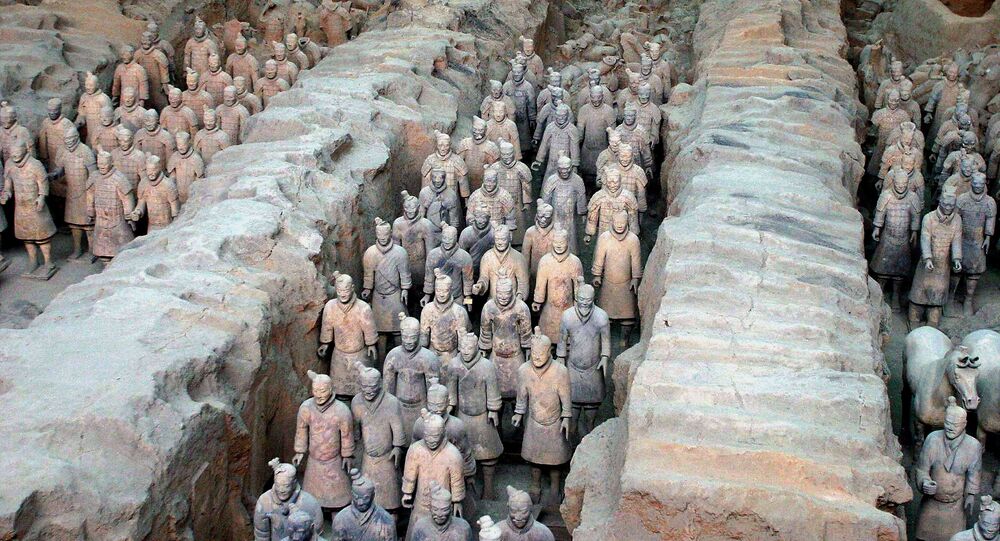 The first emperor of a unified China was obsessed with finding the elixir of life by any means, a recent study shows.

The Latest archeological research has revealed that the Chinese emperor Qin Shi Huang issued a decree – found on a set of wooden slips – ordering a nationwide search for the elixir of life, as cited by the Xinhua news agency.

Having studied an estimated 36,000 wooden slats connected to each other by strings, found in 2002, archeologists discovered that the executive order reached even frontier regions and remote villages and uncovered responses from local authorities who tried to please the emperor.

Many of those replies showed how embarrassed the provinces were of not having met Qin Shi Huang’s demands. One of the responses came from a village Duxiang, which reported that it had failed to find the elixir but vowed to pursue its quest for eternal life.

Qin Shi Huang’s obsession with immortality was well-known: having built a huge underground mausoleum fully-packed with the world-famous terracotta soldiers who were supposed to protect him in the afterlife, he desperately tried to cheat death. In a twist of fate, his endeavors were doomed to failure as he died aged 49 reportedly from alchemical elixir poisoning – a "miraculous" potion which was meant to make him immortal.