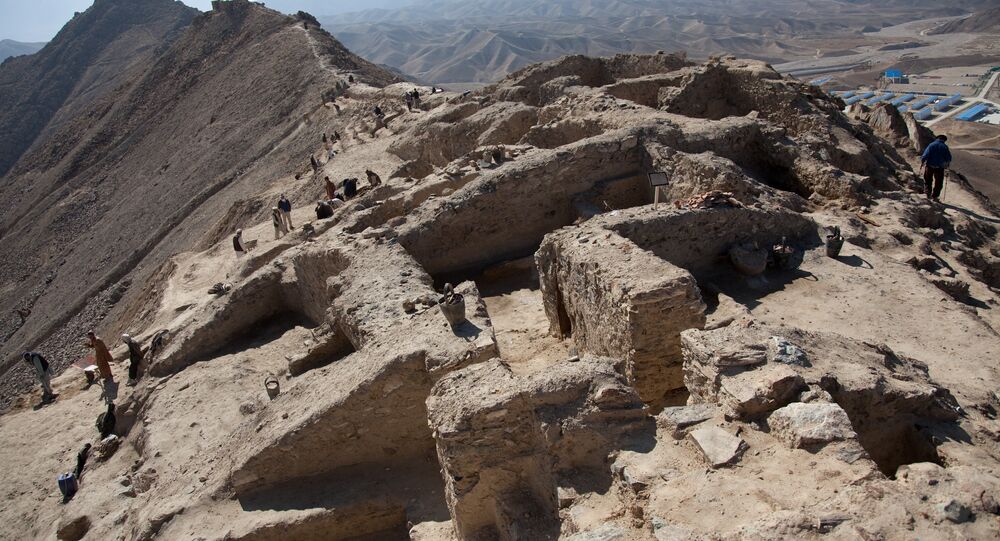 Chinese archaeologists have discovered ruins of walls that once belonged to an ancient city in the northwest of the country’s Lop Nor Desert, in the area of a former salt lake Lop Nor, which has dried-up.

The wall ruins, unearthed by researchers of the archeological institute of Xinjiang Uygur Autonomous Region during a scientific expedition, allegedly belonged to one of the capitals of the ancient Kingdom of Loulan. The remains of the settlement were found 57.5 kilometers south of another Loulan city, which was rediscovered in 1900 by Swedish adventurer Sven Hedin.

For the first time, this prosperous kingdom and its oasis settlements were mentioned in historical sources in the second century BC. The Kingdom of Loulan, which is often dubbed the Oriental Pompeii, was an important stop on the Silk Road. Later, its lands were abandoned due to desertification, and now the entire region is filled with sand.

© Sputnik / Alexander Polyakov
Archaeologists and the Chamber of Secrets: Medieval Hidden Room Found in Moscow
The walls of the circular shape are approximately 300 meters in diameter, about 2.2-2.7 meters wide and 2.5 meters high, Xinhua News Agency reported. After examination of the construction materials, scientists concluded that the city dates back to the second or third century AD.

Not far from the settlement, scientists have also found burial places with a number of artifacts, such as copper mirrors, combs, plates and other funerary items. Two tombs had well-preserved remains of brocade, which means that Loulan aristocrats could have been buried there.