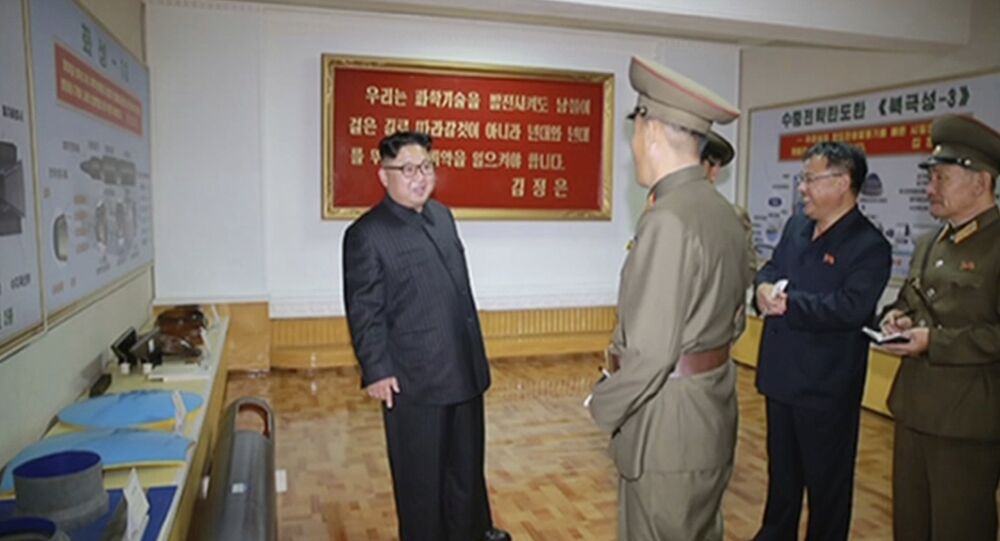 The March to War: US and South Korea Practice Destroying North Korean WMDs

On Friday, the US and South Korean militaries carried out a training exercise intended to practice infiltrating North Korea to destroy weapons of mass destruction.

The "Warrior Strike" exercise featured US and South Korean soldiers clad in protective clothing while mock-fighting their way through urban environments. Yonhap News reported that the exercise was formulated to improve US-South Korean readiness to launch tactical strikes into North Korea to disable their WMD's.

The exercise was overseen by the top military officials in South Korea: chairman of the South Korean Joint Chiefs of Staff Gen. Jung Kyung-doo and commander of US Forces Korea Gen. Vincent K. Brooks.

Lt. Col. Christopher Logan, a spokesperson for US Forces Korea, told Business Insider that they would not disclose details about "specific scenarios." However, he added, "exercises are vital to the readiness of the US and our allies, and ensure we are ready and trained for combined-joint operations."

Militarily, North Korea is at a major disadvantage against US and South Korean forces. Their best weapon is the threat of their WMD arsenal, which could ravage South Korea and Japan. As such, Washington and Seoul have been very interested in the prospect of special forces launching tactical strikes against the sites of these WMD's.

"The only way to locate and destroy — with complete certainty — all components of North Korea's nuclear weapons programs is through a ground invasion," wrote Rear Adm. Michael J. Dumont, vice director of the Joint Chiefs of Staff, in a November letter to Congress.

Some US leaders balked at the notion of a land war against North Korea. "We believe it is wrong to use military force without first exhausting all other options, including diplomacy," wrote Rep. Ted Lieu (D-CA) and Rep. Ruben Gallego (D-AZ) in an open letter to the Pentagon. "We also believe it would be unconstitutional for the Administration to start a war with North Korea without Congressional authorization."

North Korea is infamously secretive about its arsenal, reportedly hiding untold weapons in mountains and underground tunnels. Analysts suspect North Korea to possess biological and chemical weapons in addition to their better-known nuclear and conventional missiles.

Washington and its regional allies have replied to repeated North Korean missile and nuclear tests with a significant military buildup in the Korean Peninsula, as well as pushing the rest of the world to implement crippling sanctions against Pyongyang.

China and Russia have both called on the US to put a stop to the innumerable military exercises, calling them provocative and deleterious to the peace process.

The Center for Strategic and International Studies (CSIS) has predicted that another North Korean ballistic missile test is expected to take place before December is out. The most likely date for such a strike, December 17, came and went without a missile launch. The 17th marked the sixth anniversary of the death of Kim Jong-il, the father of current leader Kim Jong-un.