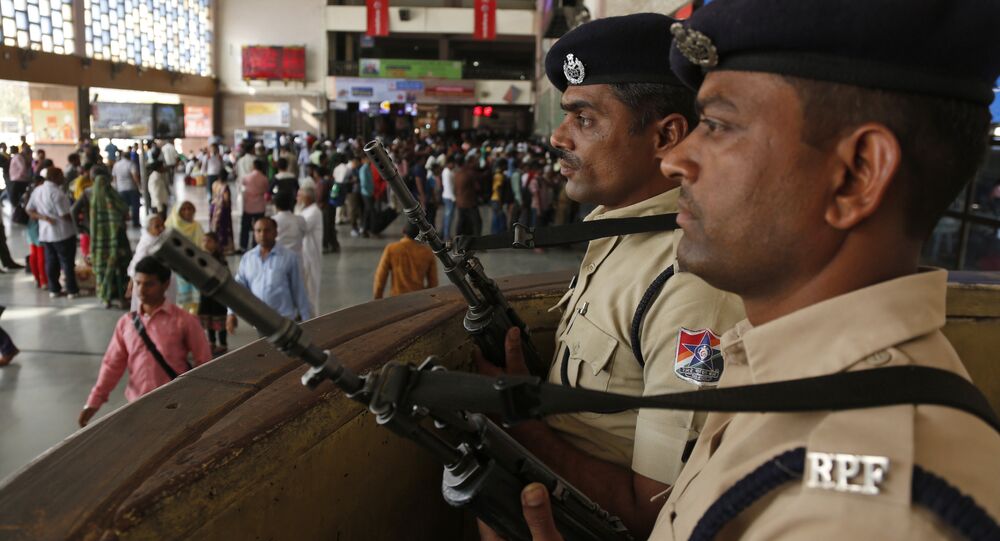 According to the newspaper citing police sources, the incident took place in the early hours of Wednesday when Maoist militants attacked the Masudan railway station, killed a representative of the local authorities and abducted five railway employees, freeing them all after 16 hours.

The search operation for the kidnaped railway employees us underway, while the militants set on fire a signaling panel, disrupting the railway traffic, the IANS news agency reported.

According to the media outlet, after the arrival of police and engineers early in the morning, the traffic was restored, but the railway station authorities reportedly received a threat call from the Maoists that the abductees would be killed if the traffic continued. The threat resulted in the suspension of railway traffic lasting for several hours.

READ MORE: Maoist Rebels on the Run in India Over the Last Three Years

"Senior police officials then arrived at the station with engineers and the train was allowed to move at 5.45 a.m. on Wednesday morning," Eastern Railway spokesperson Ravi Mahapatra told the news agency.

"But soon after the services were started, an Assistant Operations Manager at Malda received a threat call from the Maoists that if any movement continued, the abductees will be killed. It prompted the suspension of services on the section at 7 a.m.," Mahapatra added.

The tensions with Maoists have recently intensified as the latter declared a protest against "the Greenhunt Operation," launched by Indian security forces in bordering areas of Bihar and Jharkhand states, as the Hindustan Times newspaper reported.

The Maoists, widely known as the Naxalites or the Naxals, have been fighting the Indian government since the 1960s, currently operating in a number of central and eastern states, including Bihar, Chhattisgarh, Jharkhand and Odisha. The Maoists are far-left radical communists, who support the Maoist ideology and conduct guerrilla warfare while hiding in some of India's densest forests, targeting security forces and government officials.