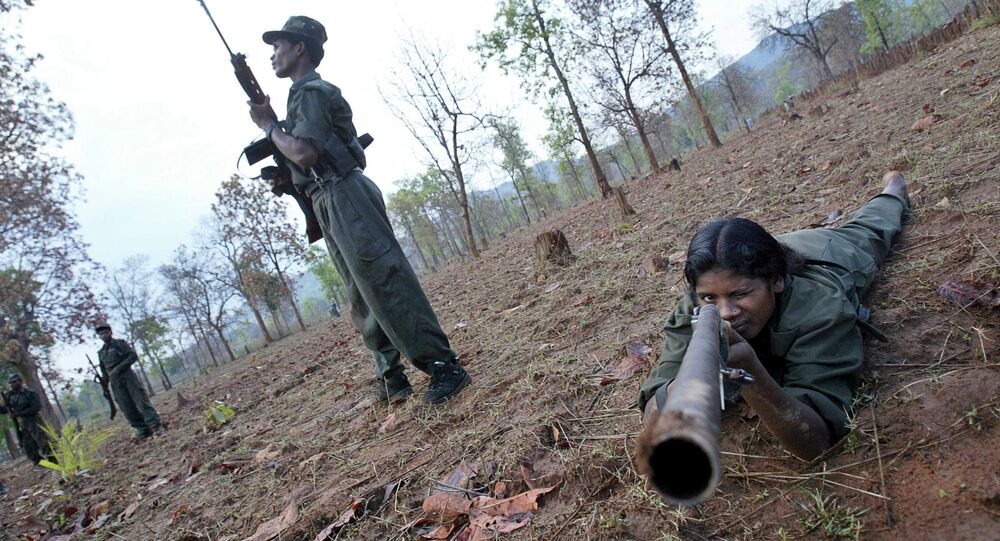 The Maoist rebels, who continue to afflict large areas in as many as 10 states of India, have been responsible for killing 12,000 people in the last two decades. But experts say the government's two-pronged approach to tackle Maoist violence is now yielding results.

NEW DELHI (Sputnik) — Data from India's Home Ministry reveals 9,300 civilians have died either at the hands of these Maoist rebels, locally called Naxals, or were victims of crossfire.  The silver lining, however, is that there has been a 25 percent reduction in violence perpetrated by these rebels in the last three years.

The casualties to security forces also have come down as much as by 42 percent between May 2014 and April 2017 as compared to May 2011-April 2014 period, according to the home ministry data.

These trends are also dotted with major attacks on security forces, including the April 24 assault on a paramilitary division that claimed the lives of 25 Central Reserve Police Force personnel. The attack was the deadliest since the April 2010 attack in Dantewada, also in Chhattisgarh state, in which 76 personnel were killed.

The security forces have been successful in eliminating Maoist cadres by 65 percent, while the rate of surrender by the leftist guerrillas has increased by 185 percent.

The Home Ministry said currently the activities of Maoists have been limited to 35 districts, although they still have a hold over pockets in 68 districts in 10 states. Experts said the results show the government's two-pronged approach to improving security and governance is yielding results.

"The government has invested a lot in terms of augmenting security and infrastructure capabilities, which is now paying dividends. There has been dissension within Naxal ranks also over their command structure which has resulted in the surrender of a lot of cadres, including hardliners, for instance, in Malkangiri and Koraput in Odisha. But more needs to be done, especially in integrating technology and electronic surveillance capabilities which will give our forces unparalleled advantage," Pravas Kumar Mishra, Senior Fellow, Vivekananda International Foundation, and former Additional Director General, Border Security Force and an expert on left-wing extremism, told Sputnik.

The Narendra Modi government launched the ‘National Policy and Action Plan' comprising security, development and ensuring rights and entitlements of the local communities to tackle the menace.

The plan is being implemented vigorously with as many as 307 fortified police stations in Naxal-hit areas over the last three years. The government has, in particular, focused on enhancing connectivity in the remote hinterland by building 1,391 km of roads. The second phase will see a total of 5,412 km of additional roads in nine Naxal-hit areas.

Other measures include improving governance measures through expanding mobile phone connectivity, the opening of bank branches, ATMs and post offices.

Altogether 358 new banks were opened, 752 ATMs were installed and 1,789 post offices were approved for opening in these Maoist-affected states as part of the government's plans to improve financial inclusion in 35 worst hit districts.

"The state governments in Odisha, Chhattisgarh and Andhra and now Telangana have and further need to ramp up local policing," Mishra said.