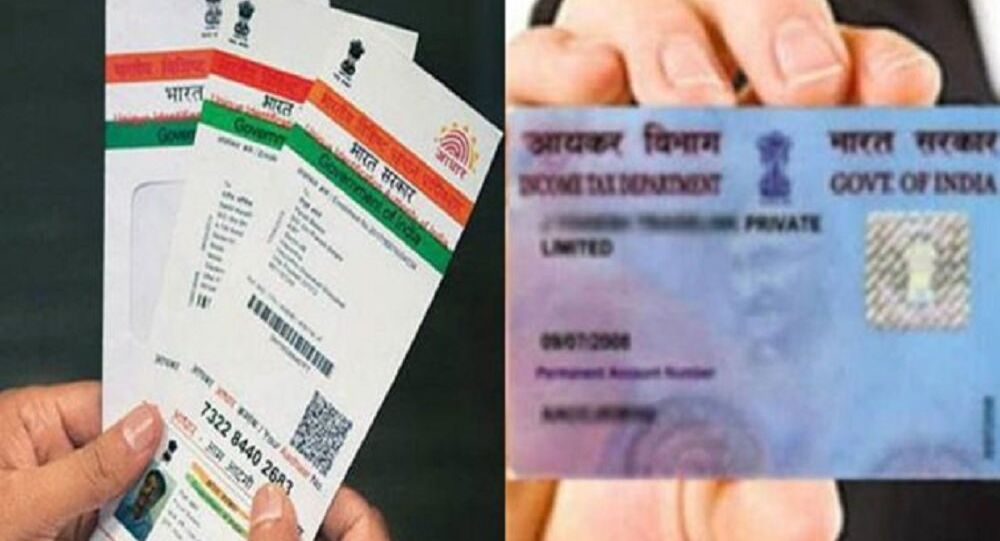 Even as India’s highest judicial body has yet to make a decision on whether linking the unique “Aadhar” ID to banking, phone connections and other services is a violation of privacy rights, pimps in Goa, a popular tourist destination, are denying customers access to paid sexual favors if they don’t disclose their Aadhar numbers.

New Delhi (Sputnik) — Ever since its inception, the Aadhar (a unique identity number every Indian citizen must have) has never failed to motivate news columns, blogs and social media memes and comments. While there has been a slew of criticism against the current dispensation's insistence that every individual seeking to benefit from social welfare schemes and the likes must cite their Aadhar number, it was a pimp's preposterous demand for his customers' Aadhaar numbers that sent social media abuzz.

© AP Photo / Rafiq Maqbool
Indian Court Asks Indian Navy to Assign Alternative Job To Sailor Sacked for Sex Change
The Times of India originally published a news story on how a pimp accomplished the customer verification of a group of five young men from Delhi who went to Goa on vacation.

"The men, who flew in for their friend's bachelor party, landed in Goa with a contact in hand. After booking into a hotel in the North Goa beach belt, they called up the contact and made inquiries for five girls. The man promised to revert soon. For the next few hours, the group waited in anticipation while the man got busy verifying the cell phone number of the customers. Having established the caller was genuinely from Delhi, the man called back, this time demanding they send a photograph of each of their Aadhaar cards via WhatsApp. He also wanted a photo of their room keys with the hotel tag attached to it," reports the newspaper.

#Aadhar reaches in bedrooms:
Forget sharing your data with banks, in #Goa you need to share #Aadhaar for paid sexhttps://t.co/ouLMVx8w3E

If you are looking to pay for sex in #Goa, better carry an #Aadhar card: https://t.co/Qe3xJdguxd pic.twitter.com/DVSO9MBcwS

The report further says that the group of youngsters was obliged only after they complied with the Aadhar demand. According to the report, pimps in Goa have been attempting to verify their customers' details to ensure they are not police decoys.