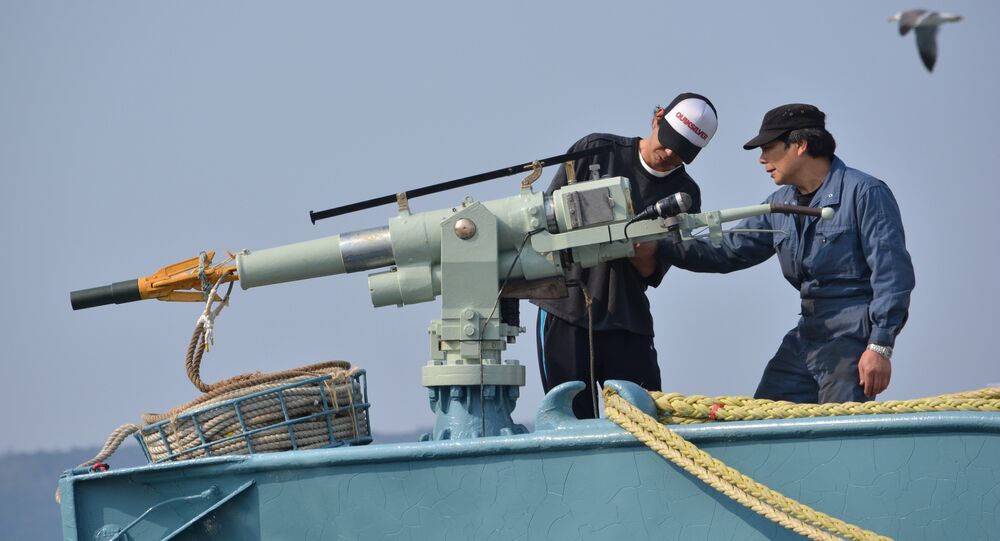 Japan has opposed the moratorium of the International Whaling Commission for many years, and exploited a “loophole,” which allows whaling for “scientific research.”

The international community has denounced Japan’s Antarctic whaling program for not complying with the IWC rulings and called on Tokyo to halt the hunting. Japan allegedly seeks to study whale behavior and biology, and set forth a plan last month to kill 333 minke whales over a four-month period. The European Union and 12 other nations, for their part, have grounds to believe that the annual slaughter is for commercial reasons.

"(We) jointly express… opposition to Japan’s continued so-called 'scientific' whaling in the Southern Ocean,” the nations said in a statement.

“We remain resolutely opposed to commercial whaling, in particular in the Southern Ocean Whale Sanctuary established by the International Whaling Commission (IWC)."

The International Whaling Commission banned commercial whaling in 1982, with Japan immediately lodging an objection to the moratorium. While it is forbidden to kill whales for sale, one of the provisions of the IWC founding treaty allows to governments to issue “special permits” to their residents for scientific research. In 1994 the Southern Ocean was declared a sanctuary for whales, and Japan filed another objection. In 2014, the International Court of Justice in The Hague declared Japanese Antarctic whaling illegal, ordering it to cease the hunting and not to issue any permits. Japan, in response, cancelled the 2014 —2015 hunt, but resumed it in 2016 with a new Antarctic program of “genuine scientific value.”