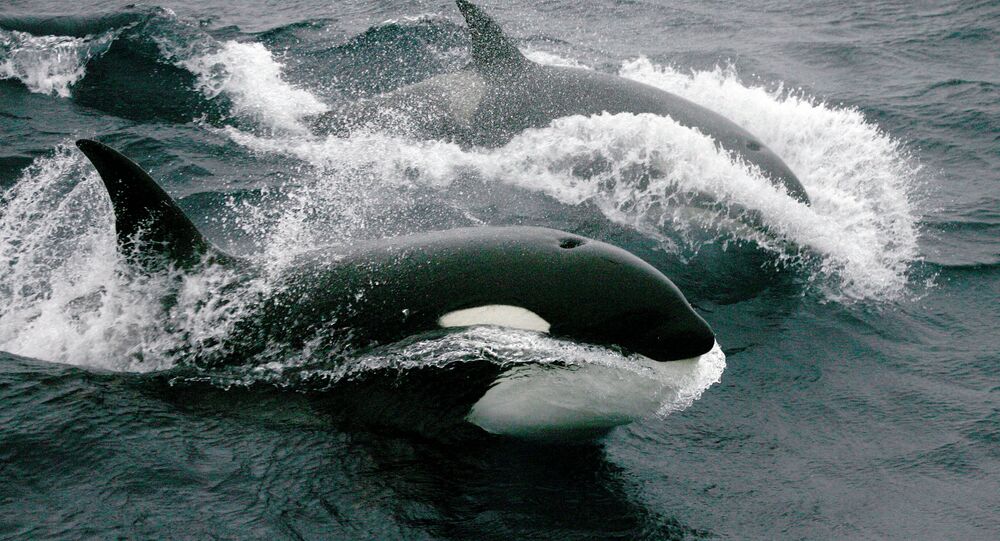 "Australia is very disappointed that Japan has resumed whaling in the Southern Ocean this year," he said, as quoted by the Australian Broadcasting Corporation.

The Australian leader is currently on an official visit to Tokyo, where he is scheduled to hold a meeting with Japan's Prime Minister Shinzo Abe, to discuss a number of bilateral issues.

© Photo : Salvatore Cerchio
There She Blows! Researchers Snap Photos of World's Most Elusive Whale
According to reports, the two leaders are expected to discuss trade issues, technological and military cooperation and business ties.

According to a 2014 decision by the International Court of Justice, Japan must halt its whale program in the Antarctic Ocean. Japan initially obliged, however, in November 2015 the Japanese Fisheries Agency said the country would resume whaling for scientific purposes in 2016.

The International Whaling Commission banned commercial whaling in 1986. A 1987 agreement, however, allows for whales to be hunted and killed for scientific research purposes – a loophole Japan has been exploiting for decades.

Terrifying Boat Chase With Whales on Their Tail