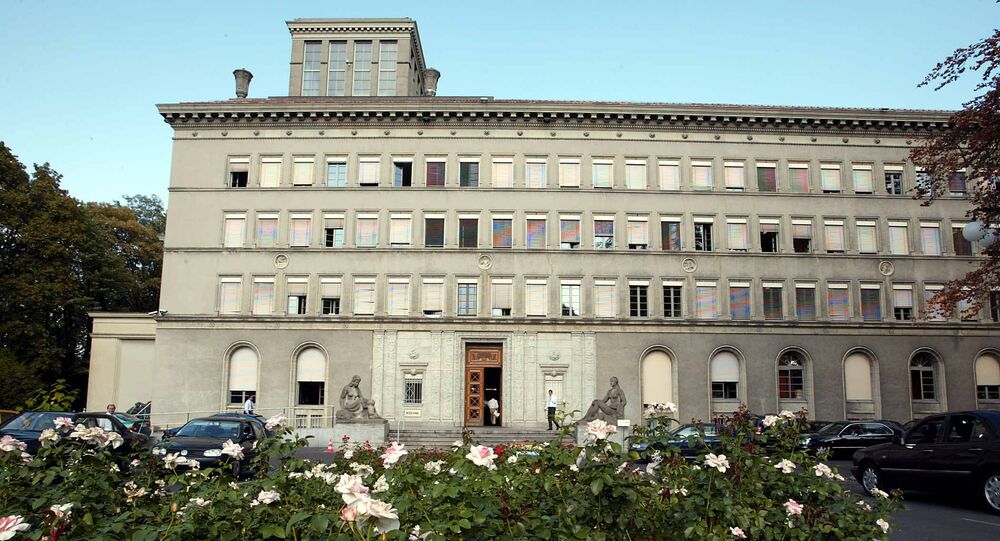 The US has been exhibiting "double standards" by favoring parity among nations, but just in words.

New Delhi (Sputnik) — The biannual meeting of the World Trade Organization (WTO) has ended in a stalemate with member countries failing to approve even minor proposals including those on e-commerce and stopping the subsidy to illegal fishing that was deemed uncontroversial and much groundwork had been laid earlier for a consensus. The failure to reach any major deals means that negotiations on the same topics will continue into 2018.

"We have not achieved any multilateral outcomes…The sad reality is that we did not even agree to stop subsidizing illegal fishing. Procedural excuses and vetoes from one member or another, cynical hostage taking, have led to the sobering result of today," European Union Trade Commissioner Cecilia Malmstrom told a news conference.

© AP Photo / Fabrice Coffrini
India Slams US for Blocking Hunger Solution at WTO
Indian analysts have blamed the US for upsetting the agenda of the meeting by setting an acrimonious tone right from the begining of the discussions.

"Lately WTO has been used or misused by large industrial countries like the US and their allies for promoting their commercial trade and it becomes their primary agenda for negotiations and discussions," Agribusiness expert Vijay Sardana told Sputnik.

He is of the opinion that the US' criticism of differential treatment modalities is yet another proof of American double standards.

"The double standard of America is loud and clear. On one hand, it talks of parity and justice for nations and increasing common good of the nations, while on the other hand, they are promoting profit and business for their own farmers. A relevant question amid the breakdown of talks is that if the American technology is so supreme, which it wants to export to all nations, why do they need to give subsidy to their farmers, he added.

WTO requires unanimity among all 164 WTO member countries to arrive at an agreement.  U.S. Trade Representative Robert Lighthizer on Monday in the beginning of the meet had sharply criticized the WTO modalities especially the differential treatment for the developing countries in the 23-year-old world trade body.

© REUTERS / CNS/Zhang Hengwei
Russia Urges BRICS States to Support Proposals for Simplified Investments in WTO
After the meeting, while some 70 countries including United States, European Union, Japan, and Brazil pledged to carry on with negotiations on rules to govern e-commerce, prominent growing economies like China, India, Vietnam, and Indonesia chose to stay away. This has raised questions about the body's ability to govern the increasingly disputed global trade.
...
Reddit
Google+
Blogger
Pinterest
StumbleUpon
Telegram
WhatsApp
31