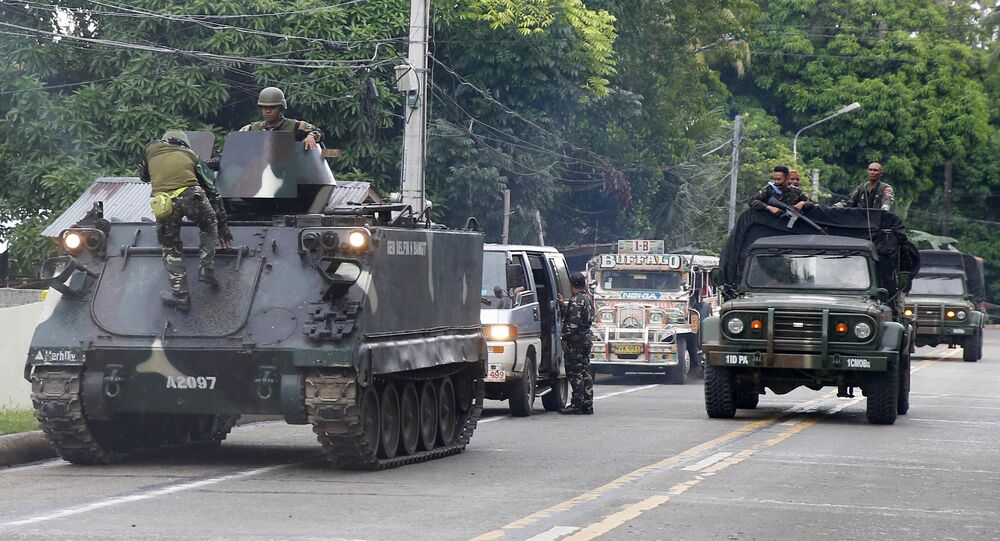 Militants linked to Daesh had attempted to gain a foothold in Southeast Asia by seizing the city of Marawi on the country's southern island of Mindanao, which was the country's biggest security crisis in years.

Philippines President Rodrigo Duterte is set to ask the congress to prolong martial law in the country's southern island of Mindanao for one year, Executive Secretary Salvador Medialdea told reporters on Sunday.

The region, with a population of 22 million, has been under martial law since May 23, 2017, when Islamist militants linked to the Daesh terrorist group seized three-fourths of the southern city of Marawi.

The law will expire on December 31 and the president has to obtain the approval of lawmakers if the ruling goes beyond a 60-day period, however, there is no limit for the number of such extensions.

READ MORE: Trump Congratulates Duterte on the Liberation of Marawi From Daesh-Linked Group

According to Presidential Communications Secretary Martin Andanar, the law should be extended in order to defeat Maoist guerrillas, Islamist militants and separatist groups.

"There were intelligence reports saying they are planning to attack another city," Andanars said in an interview.

The development comes after in October Duterte announced the full liberation of the city of Marawi, with some 824 rebels, 47 civilians and 162 military killed. The armed conflict has been the biggest internal security crisis the Catholic-majority Philippines has witnessed in decades.