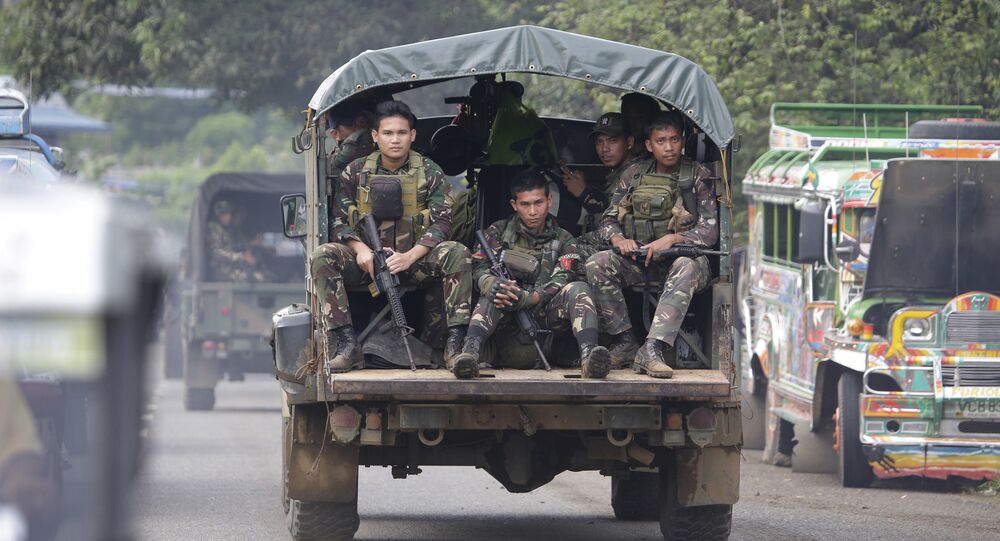 The October 16 military operation in Marawi by government forces successfully terminates a five-month battle for control over the Islamist-held city.

"I hereby declare the liberation of Marawi," President of the Philippines Rodrigo Duterte has declared as cited by the CNN Philippines television channel.

The ongoing armed conflict in Marawi, on the southern island of Mindanao, started on May 23, 2017 between Philippine government forces and affiliated militants of Daesh, including the Maute and Abu Sayyaf Salafi jihadist group.

© REUTERS / Romeo Ranoco
‘They Will Die There’: Philippines Government Will Kill Women, Children Fighting for Daesh
Three-fourths of Marawi, a city of 200,000 on the southern island of Mindanao, has been overrun by the Islamic extremists.

The terrorists seized control of a municipal jail and unshackled its prisoners, razed a hospital and took possession of at least three bridges. They are also suspected of having hunted down Christians in the Muslim-majority city to use as human shields.

In May, President Rodrigo Duterte declared martial law on the island. More than 300,000 Filipinos have been displaced by the fighting, which authorities say has killed 824 rebels, 47 civilians and 162 military.

The armed conflict has been the biggest internal security crisis the Catholic-majority Philippines has witnessed in decades.