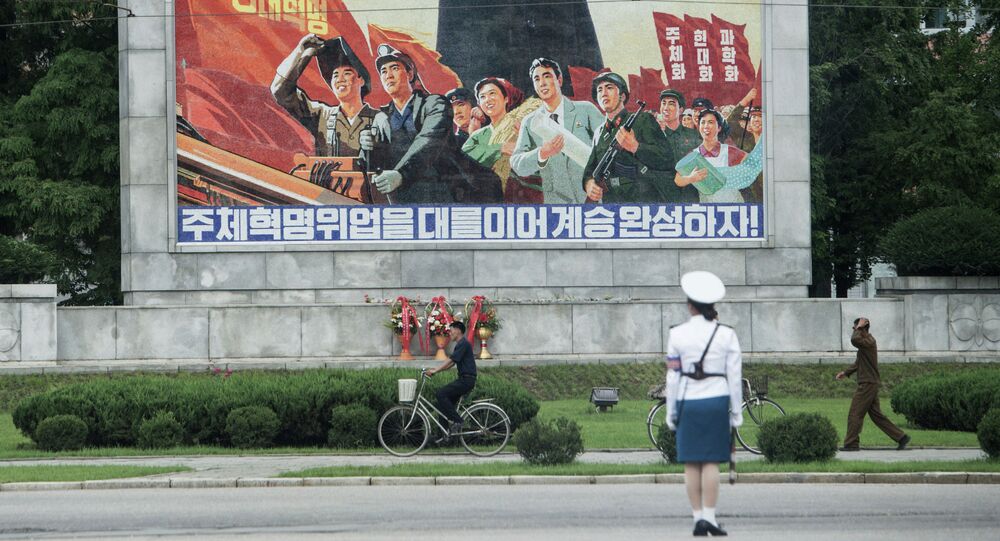 UN Under-Secretary-General for Political Affairs Jeffrey Feltman has finished his five-day trip to North Korea, which appears to be the first visit of the organization's top representative since 2010.

The North Korean state news agency KCNA has cited DPRK top-level officials, commenting on their talks with the UN Under-Secretary-General for Political Affairs during his visit to the country, "At these meetings, our side said the US policy of hostility toward the DPRK (North Korea) and its nuclear blackmail are to blame for the current tense situation on the Korean peninsula."

During the talks, North Korean officials have repeatedly accused the US' "nuclear blackmail" of escalating tensions over its weapons program following rare meetings with the senior UN official, however, agreeing to have a regular communications with the United Nations "through visits at various levels".

Moreover, Pyongyang has called the US-South Korean drills a provocation "revealing its intention to mount a surprise nuclear pre-emptive strike against the DPRK", using the initials of the country's official name.

The UN top official's visit was reportedly aimed at mitigating the ongoing crisis on the Korean peninsula, which has further escalated after the United States and South Korea launched their biggest-ever joint air exercise and after Pyongyang had recently fired a missile capable of hitting the territory of the US.

In their earlier comments over the course of the drills, the North Korean Foreign Ministry warned, "a nuclear war on the Korean Peninsula has become a matter of when, not if."

The Chinese Foreign Ministry has also warned against the war games, saying that that the Korean Peninsula "remains deeply entrenched in a vicious cycle of demonstrations of strength and confrontation", adding that "the outlook is not optimistic".