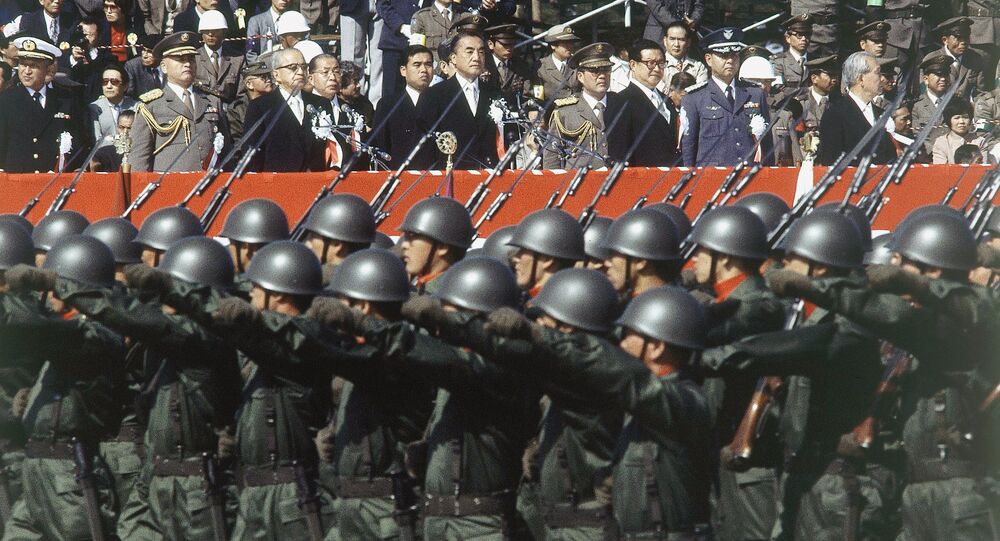 Ahead of his much-hyped trip to Asia, US President Donald Trump made cryptic remarks warning China that if the crisis on the Korean Peninsula continues, then Beijing will have a “big problem” with the “warrior nation” of Japan.

During an interview with Laura Ingraham on Fox News Thursday night, Trump declared that "Japan is a warrior nation, and I tell China and I tell everyone else that listens, I mean, you're gonna have yourself a big problem with Japan pretty soon if you allow this to continue with North Korea."

What a "big problem" is, exactly, is up for debate. In April 2016, then-candidate Trump told Fox News' Chris Wallace that Japan would "be better off if they defend themselves from North Korea" instead of relying on the US military.

Japan has no atomic weapons — but they have enriched hundreds of pounds of weapons-grade plutonium that would allow them to construct a nuclear arsenal of 6,000 warheads within mere months. This policy, known as "nuclear latency" or the "Japan Option," has turned Japan into a de facto nuclear state.

Most polls have less than 10 percent of the Japanese population supporting construction of a nuclear arsenal.

Trump could have also been referring to Article 9 of the Japanese constitution, which prohibits Japan from declaring war or undertaking military action except in self defense. Japanese Prime Minister Shinzo Abe has made putting an end to Article 9 a centerpiece of his military policy in the face of increased security pressures from China and North Korea.

Undoubtedly, Japan has a long and storied military tradition. From the 12th to the 19th century, Japan's de facto ruler was generally the shogun, a military dictator. From 1867 to 1947, Japan was a monarchy under an emperor, but the military controlled an effective veto in the government and were some of the most powerful factions in Imperial Tokyo. Incidentally, during that period the Japanese Empire also exercised a brutal colonization of both Korea and parts of China.

But in 1947, a badly beaten and US-occupied Japan ratified a constitution that included Article 9, a clause under which Japan forever renounced "war as a sovereign right of the nation and the threat or use of force as means of settling international disputes." Japan has no military, only a "self defense force," and pacifist groups remain highly influential in the National Diet. If Abe gets his way, that may change — but many in Japan still ardently support Article 9.

Trump is schedule to visit Japan as the first stop on his Asian tour that will also take him to South Korea, China, Vietnam, and the Philippines. Trump is slated to meet with Abe and discuss the ongoing crisis on the Korean Peninsula.

The US, Japan and South Korea have poured on military pressure against the isolated North Korean regime in response to the North's repeated nuclear and missile tests. North Korea has not been deterred by the international pressure, and the stand-off continues.

Often, Trump has pushed Beijing to join the pressure on North Korea. China has always been the DPRK's political and economic lifeline. Trump also told Ingraham that "China is helping us" and his counterpart, Chinese President Xi Jinping, had been "pretty terrific." However, he's still expected to attempt to convince Chinese President Xi to bolster sanctions against Pyongyang during his Wednesday visit.