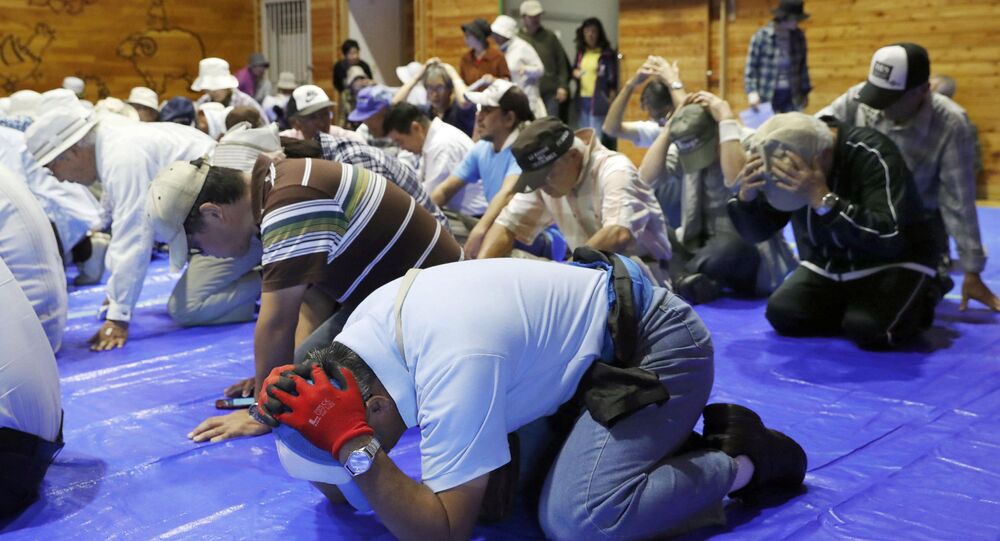 The first ever missile evacuation drill was held on Friday in the city of Takikawa on Japan's northern island of Hokkaido after the recent North Korea’s missile test, local media reported.

MOSCOW (Sputnik) – Earlier this week, North Korea launched a missile, which flew over Japan before falling into the Pacific Ocean 733 miles east of Hokkaido.

According to Jiji Press media outlet, some 200 residents of Takikawa also took part in the exercise carried out by the Cabinet Secretariat and the Fire and Disaster Management Agency. The authorities sent warning messages to people’s mobile phones and turned on a siren, calling on them to go to underground hideouts or solid constructions.

© CC BY 2.0 / U.S. Missile Defense Agency / Aegis Ashore
Japan Seeks Land-Based US Missile Defense Systems After N Korean Missile Launch
The situation on the Korean peninsula has become aggravated in recent months due to a series of missile launches and nuclear tests conducted by Pyongyang in violation of UN Security Council resolutions. In June, China put forward a road map for the settlement of the North Korean crisis, the so-called double freeze plan, which provides for the simultaneous cessation of North Korea's nuclear activity and the US-South Korean military exercises. The initiative has been supported by Russia but rejected by the United States. North Korea has yet to issue a response to the proposal.