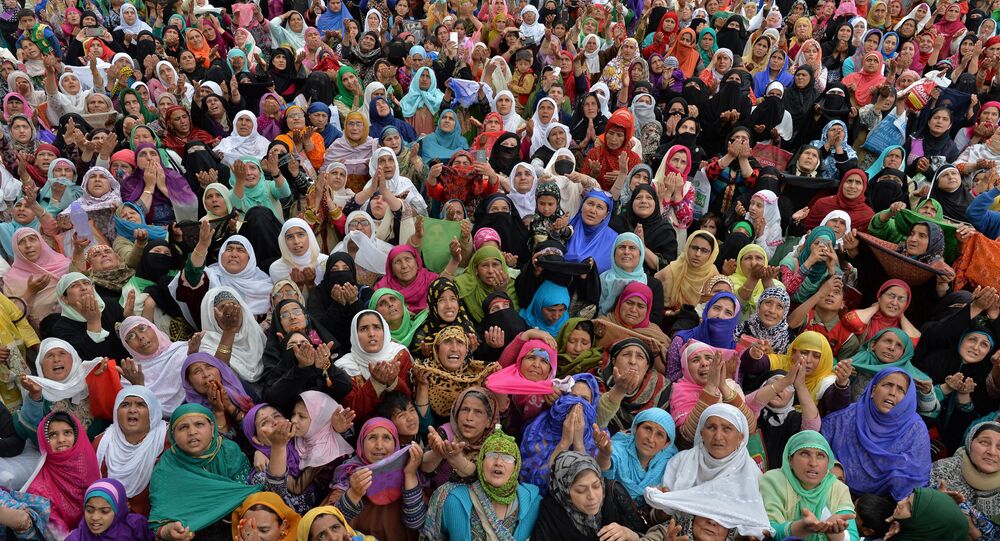 The Supreme Court of India has banned a controversial Muslim practice called 'triple talaq' deeming it unconstitutional and retrograde. The practice allows men to divorce their wives by uttering the word ‘talaq' thrice.

NEW DELHI (Sputnik) — The Supreme Court of India has given a six month timeline for the government to bring forth legislation to regulate Muslim marriages. The order comes in response to petitions from seven Muslim women who had been divorced through triple talaq. The court has also said that until the new legislation takes effect, no divorce in the way of triple talaq will be allowed.

The plea was heard by a five-member bench including Chief Justice of India Justice JS Khehar. The Judges belonged to different faiths prevalent in India. Three out of five members held the practice as one defying the tenets of Islam and the Indian constitution.

"We hope the legislature will consider and take into account Muslim Personal Law while making legislation. All parties must keep their politics away and decide this,"said the court.

Triple talaq is a practice among Indian Muslims where men can divorce their wives by simply stating their intention verbally three times i.e. "divorce, divorce, divorce." There has been general discontent among Muslim women who saw this practice as lopsided and unfair but outrage flared when instances of men divorcing their wives over the telephone, text messages or even social media posts gained popularity.

India's right-wing government is considered to be largely in favor of banning triple talaq. Last year, the government had submitted before the Supreme Court a petition signed by more than fifty-thousand women calling for a ban on the 'arbitrary practice' of triple talaq. Citing the Indian Constitution's power to bestow equal rights to every person including women, the government had said, "These Rights are necessary for letter and in spirit not only to realise the aspirations of every individual woman who is an equal citizen of this country but also for the larger well-being of the society and progress of the nation, one-half of which is made up by women".

At least twenty-two other countries including India's neighbors Pakistan, Bangladesh and Sri Lanka have banned triple talaq either explicitly or implicitly.