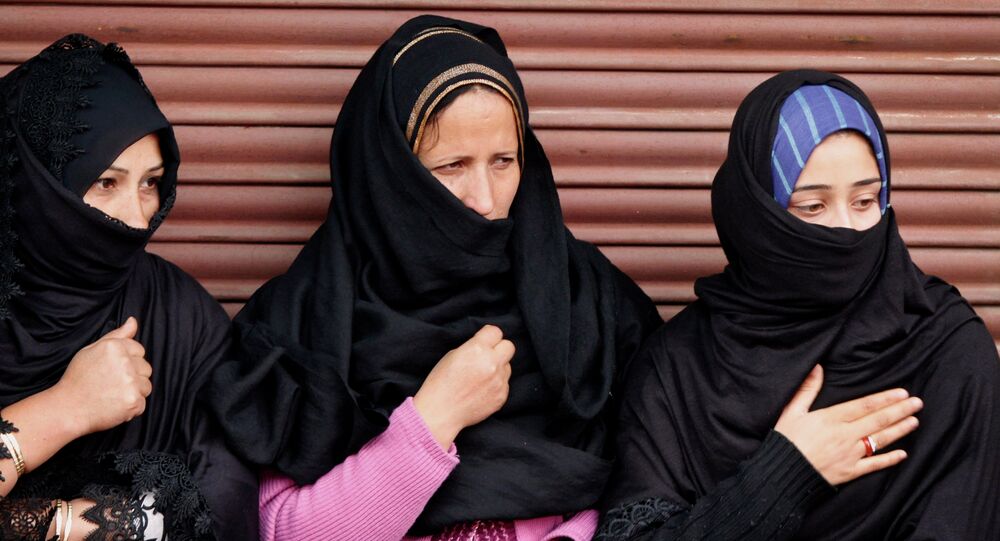 There has been a slow and steady rise of what has become known as Islamic feminism in India. Their latest nationwide protest to abolish the triple ‘talaq’ Islamic divorce has yet again underscored their presence.

More than 50,000 Muslim women have signed a petition to the Indian government asking the administration to do away with the unilateral divorce method. Through this way, a wife can be divorced by her husband by merely uttering the word ‘talaq’ three times.

The campaign was led by the women’s movement Bharatiya Muslim Mahila Andolan. Its co-founder Noorjehan Saifa Niaz spoke exclusively to Sputnik news agency about the organization’s latest protest and other demands.

Niaz said that, “The Muslim family law in India is not codified. As a result, we have a very different method of divorce for Muslim women. The men just say ‘talaq, talaq, talaq’ and the divorce becomes a legal reality.”

“Of late, we also see that men are sending divorce on sms, WhatsApp, and also through phone calls. And, this kind of divorces also has the support from Islamic religious leaders and groups. They sanction it as part of the Shariah law, which becomes the religious backing.”

Questioned further why the triple talaq method is prevalent though it is not sanctioned by in the Quran, she said: “It’s prevalent only in India. In other Islamic countries like Pakistan and Bangladesh, it has been abolished.”

“We want a reformed codified law for Muslim women as of now.”

• In the case of divorce, the settlement should be the amount of the husband’s annual income. Right now, it is totally arbitrary and is at the mercy of husband. He can pay as much as he wants to his divorced wife. It can be as little as 500 Rupees or 700 Rupees. So, the minimum amount should be fixed. It should not be left to the whims and fancies of the husbands.

• Polygamy should be abolished. Muslim men should not be allowed to get married to other women while his first marriage is still valid.

• Unilateral divorce has to go and so should temporary marriages.

“All these family matters need to put down on paper and passed by the parliament. This is our long-term demand but this will take a long time and needs an overhaul. Our immediate request is to formally end the triple talaq system.”

Though the women’s group has been demanding the abolition of the triple talaq system for several years, its signature campaign started only a few months ago but has  quickly gained momentum. A survey conducted by them indicates up to 92% of Muslims women want the system to be eradicated.

Niaz went on to say: “Lots of Muslim women are calling us up and reporting that their husbands have divorced them via this method. In terms of their legal status, the women’s status is very difficult and pathetic. There has been no maintenance money and no arrangement for the children. They’re literally on the roads and at the mercy of others. So, we ought to have a strict law which prohibits unilateral divorce. There needs to be a process or arbitration.”

She continued it is only the Islamic clerics who are opposed to any changes in the system but not ordinary Muslim men. The Bharatiya Muslim Mahila Andolan is also planning to fight this issue legally by filing a legal petition with the Supreme Court shortly.