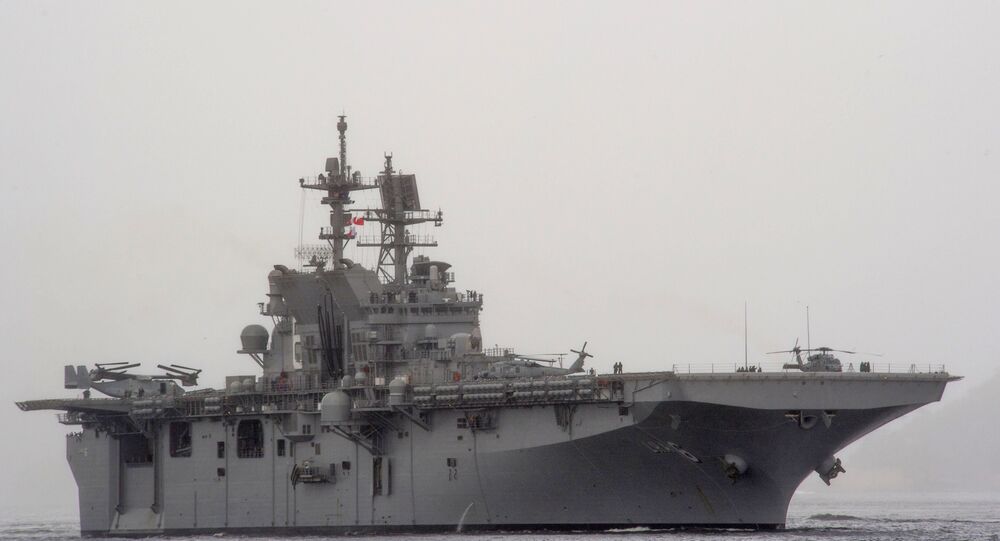 The US amphibious assault ship America arrived at Changi Naval Base in Singapore to support the John S. McCain, which is damaged after colliding with an oil tanker off the coast of Singapore, the US Navy said in a press release on Monday.

WASHINGTON (Sputnik) — The America’s crew will also help search for ten sailors who remain missing after the collision.

"While in Singapore, America will provide messing and berthing services to McCain crew members and to support damage control efforts on board," the release stated.

Earlier on Monday, five sailors were injured after the McCain collided with the Alnic MC near the Straits of Malacca. Four were taken to local hospitals and the fifth’s injury did not require hospital assistance.

There is significant damage to the hull of the McCain, according to the Navy.

The collision is the second by a US ship with a civilian vessel in the Seventh Fleet area of operations this summer. In June, seven sailors were killed when the US destroyer Fitzgerald hit a cargo ship off the coast of Japan.

US Commissions Warship for First Time in Ceremony Outside United States