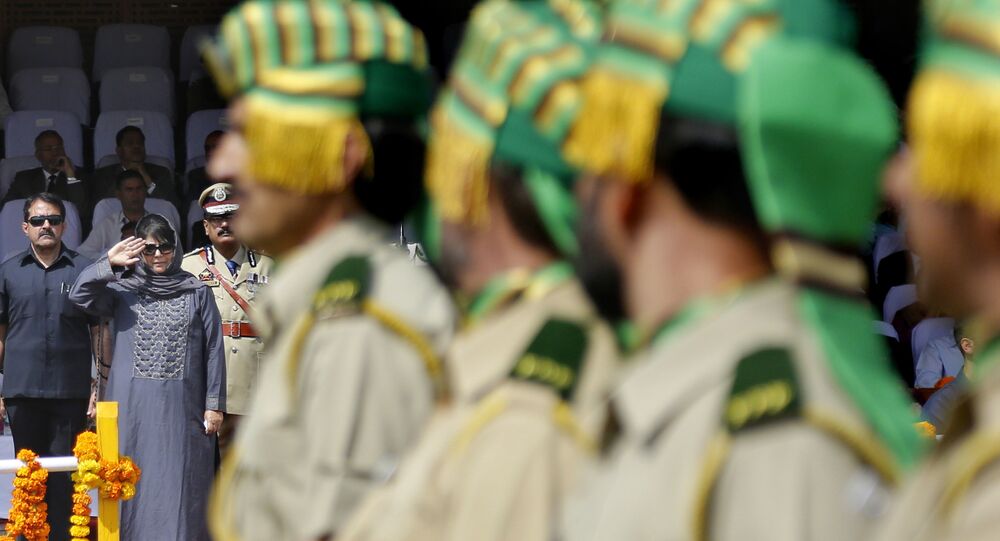 India celebrated the 70th anniversary of independence on Tuesday, August 15. But if Partition in 1947 was a divorce between India and Pakistan, then Kashmir was the child which became the subject of a long-running and acrimonious custody battle.

When Britain decided to quit the Indian sub-continent after the Second World War, it was left to a British civil servant, Cyril Radcliffe, to draw up a map of the region. Muhammad Ali Jinnah and his Muslim League had successfully campaigned for a separate state to be carved out of India, with its vast Hindu majority.

Pakistan, which celebrated its own 70th birthday on Monday, August 14, contained two parts — the eastern, Bengali-speaking part broke away in 1971 to become Bangladesh — while India sat between them.

© REUTERS / Akhtar Soomro
'You Do Feel Threatened': As Pakistan Turns 70, Taliban Threat Worse Than Ever

But in the far north Mr. Radcliffe, under pressure from Lord Mountbatten, fudged the border.

Kashmir at the time was a princely state, known as Jammu and Kashmir, ruled over by the Dogra dynasty of Hindu maharajas. The British decided to leave the decision about the fate of Kashmir — which had and still has a Muslim majority — to the Maharaja, Hari Singh. He was crippled with indecision about whether to join India or Pakistan.

But eventually, in October 1947, under pressure from India, he signed the Instrument of Accession. This immediately sparked war between India and Pakistan and the two countries have been at loggerheads over Kashmir ever since.

In 1952, the maharaja's monarchy was abolished and Kashmir was swallowed by India. Two more wars between India and Pakistan followed, in 1965 and 1999. Nowadays the north-western sector — known as Azad (free) Kashmir — is administered by Pakistan, but the majority, including the capital of Srinagar, remains in Indian control, and troops occupy the region and glare at their enemies in the Pakistan Army across the Siachen Glacier.

Glimpses from the Independence Day celebrations at the Red Fort. pic.twitter.com/NDzFwRxesp

Muslims make up 60 percent of the population and insurgents have fought a long and unsuccessful war to wrest the region away from India. Almost 50,000 people have been killed and thousands have disappeared, with India regularly accused of human rights abuses by organizations such as Amnesty International.

Tensions between India and Pakistan escalated in July last year after Indian security forces killed Burhan Wani, a renowned separatist commander. But in his speech to mark Indian independence on Tuesday, India's Prime Minister Narendra Modi said "bullets and abuses" would not bring peace to Kashmir.

"We all stand shoulder-to-shoulder with our brothers and sisters in Jammu and Kashmir. They have suffered a lot due to terrorism," said Mr. Modi.

"We are determined to develop the state, educate the youth. Give them jobs, include them in the mainstream, increase business and jobs. Give them reasons to rejoice [but] there will be zero tolerance to terrorism," he added.

In 2016, the last Maharaja of Kashmir Hari Singh's son, Karan Singh, who is an MP in the Indian Parliament, said his father had been wrongly vilified for his decision to sign the Instrument of Accession.

"My father's main concern was how to save Kashmir," said Mr. Singh, who claimed he did it to obtain Indian military help to fight off tribal raiders from Pakistan.

Mr. Singh said the situation in Kashmir was "extremely tragic."