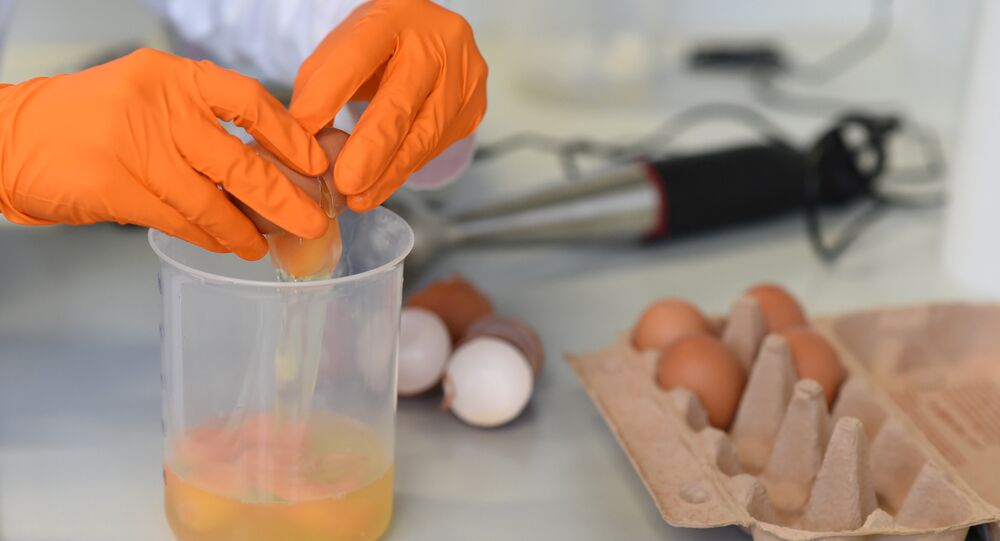 Eggs contaminated with the fipronil insecticide were found at a farm to the east of Seoul, local media reported Tuesday, citing the South Korean government, amid the ongoing contamination scare in the European Union.

MOSCOW (Sputnik) – The fipronil insecticide was found in some eggs at a farm in the city of Namyangju on Monday, the Yonhap news agency reported, citing the Ministry of Agriculture, Food and Rural Affairs. The ministry has not specified how many eggs tested positive for the fipronil insecticide.

© CC0 / moritz320
Contaminated Eggs Found in 15 EU Countries, 2 Non-EU States
According to the Yonhap, in order to prevent the dissemination of potentially contaminated eggs, the Ministry of Agriculture introduced a temporary ban on production of eggs for farms with more than 3,000 hens with a view to conduct an inspection.

South Korea's top convenience store chains announced their decision to halt sales of eggs pending the results of the government's inspection as a precaution, according to the report.

Millions of chicken eggs have been recalled in past weeks from shelves in European stores over fears that they might have been contaminated with fipronil. Eggs contaminated with the insecticide have been detected in 15 EU member states, as well as in Switzerland and Hong Kong.

Fipronil is a broad-spectrum insecticide used to treat lice, fleas and ticks, and in large quantities, it can cause liver, kidney and thyroid gland damage. The chemical is considered by the World Health Organization (WHO) to be a moderately hazardous substance.