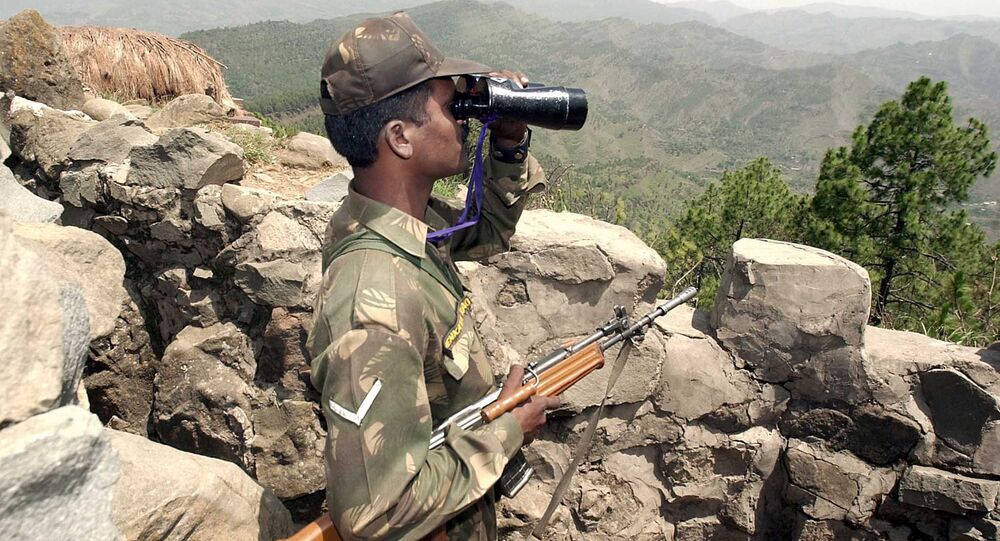 India has strong reservations against the string of projects undertaken by China in the Kashmir region under the Belt and Road Initiative. Addition of a project as big as the Indus Cascade to that list is likely to lead to more protests from India and to raise tension in the region.

New Delhi (Sputnik) — India has termed the collaboration between Pakistan and China in the construction of six dams over the Indus River in Kashmir region as "illegal collaborative activity." China is investing around $50 billion for the construction of these dams that form part of the North Indus Cascade that would generate up to 40000 MW of hydro electricity for Pakistan's consumption.

"India has a clear and consistent position that these territories are illegally occupied by Pakistan and that any collaborative activity there is in violation of India's sovereignty and territorial integrity," Minister of State for External Affairs V K Singh said in Parliament.

The former princely state of Jammu & Kashmir is a disputed territory claimed in its entirety by both India and Pakistan, though both only control parts of it, with China also controlling some.
"We have made demarches to both Pakistan and China, conveying our position. Government will continue to maintain this position," V K Singh said.

© AP Photo / Tatan Syuflana
Indian Forces Kill Lashkar Boss in Kashmir Valley
The Indus River flows through both India and Pakistan and the sharing of its water is governed by the Indus Water Treaty of 1960. But India is concerned that the building of these dams will make China a third actor in the Indus framework.

A Memorandum of Understanding (MoU) for the North Indus Cascade was signed between Pakistan and China during the recent Belt and Road Initiative (BRI) — previously known as One Belt, One Road (OBOR) — conference in Beijing. China's National Energy Administration (NEA) will oversee the funding. China Three Gorges Corporation — which runs the world's largest hydroelectricity project at the Three Gorges Dam — is the frontrunner to build the five dams that will form the cascade.