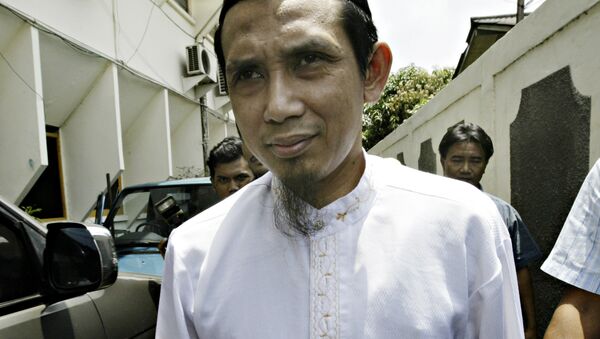 Indian forces killed Lashkar-e-Taiba (LeT) chief commander Abu Dujana in an encounter at Hakripora village in Pulwama district on Tuesday. The operation began at 4 am this morning after an intelligence report suggested that Dujana had come to meet his wife at their home on Monday night.

"The quantum of fire from the terrorists' side was very heavy. LeT chief commander Abu Dujana of Pakistan and his accomplice Arif were killed during the operation. One civilian casualty," IG Kashmir Munir Khan told reporters. Security forces blasted two houses in the village during the gunfight. Like into five previous incidents, villagers tried to save Abu Dujana by heavy stone-pelting at security forces but this time they failed to provide an escape route.

During the protests, dozens of protesters have been injured and some may have also lost their lives. "In spite of our warnings and requests, people on behest of terrorists tend to come in between encounter, that is how they get injured/killed," Munir Khan added.

Lashkar-e-Taiba Militants Killed by Afghan Government Airstrikes
Earlier in May this year, Abu Dujana and his two associates had given a slip to the security forces after they were guarded by people from nearby villages, who pelted stones at the forces.

Meanwhile, a complete shutdown is being observed in Pulwama district and nearby areas. Local media reports said hundreds of school students clashed with forces in Handwara area of Kupwara district after the killing Abu Dujana.

After a spurt in militancy was put down in the 1990s, life in the Indian side of Kashmir was reasonably peaceful until July 2016 when the killing of Burhan Wani, the leader of an outlawed Kashmiri separatist group, by Indian forces led to the resurgence of street protests.