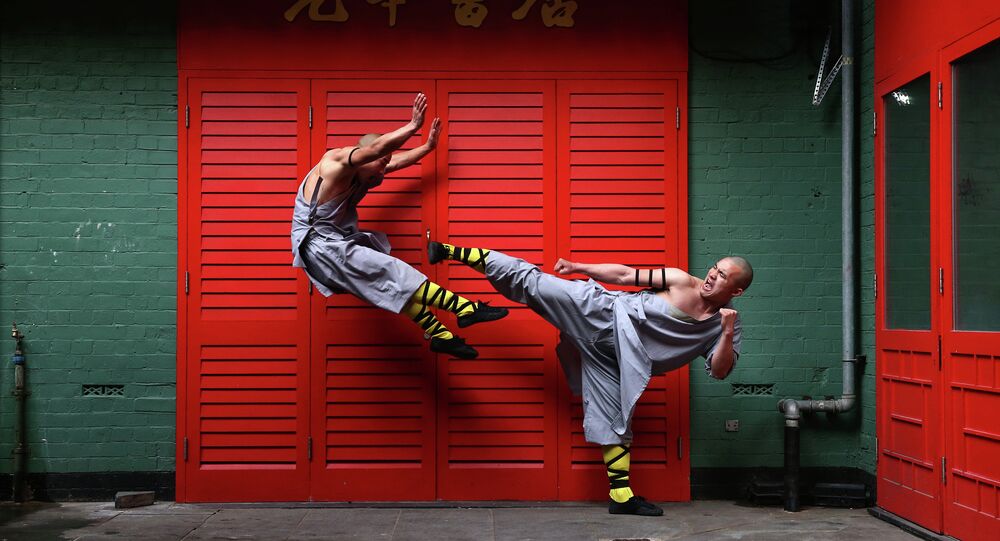 The famous Shaolin Temple in Central China's Henan Province plans to hold an "Eastern Olympics" by inviting contestants from around the globe to test their martial arts skills.

Qualifiers will be held from July 30 to August 2 and will include four martial arts tests, including "iron palm" brick breaking and the "double finger Zen" handstand, Zheng Shuming, a spokesperson for the contest, told the Global Times Thursday.

The competitors will be evaluated on the number of bricks they can break in a set time; the number of push-ups they can do; how long they can do a handstand supported only by two of their fingers and how far and accurately they can throw knives, said Zheng.

He added that the contest has already attracted more than 1,000 applicants from countries as far afield as the US, the UK and Italy. "The abbot has long aspired to hold such a contest … Eastern sports are different from Western sports, so the abbot hopes this contest can be an Eastern Olympics," Zheng said.

National and international competition winners will be prioritized during the selective round, said Zheng, adding that Shaolin Temple welcomes people, regardless of their nationality or race, to participate actively in this contest.

The Shaolin Temple, one of the most famous Mahayana Buddhist monasteries in China, was built in the fifth century and has became a symbol of Chinese kung fu.

In 2013, some 250 martial arts enthusiasts from the US arrived at the renowned Shaolin Temple and practiced the kowtowing ritual for the temple's abbot.

The ritual is the solemnest Chinese courtesy that sees disciples offer their respect to their masters.

This article was originally written by Zhao Yusha and published in the Global Times.