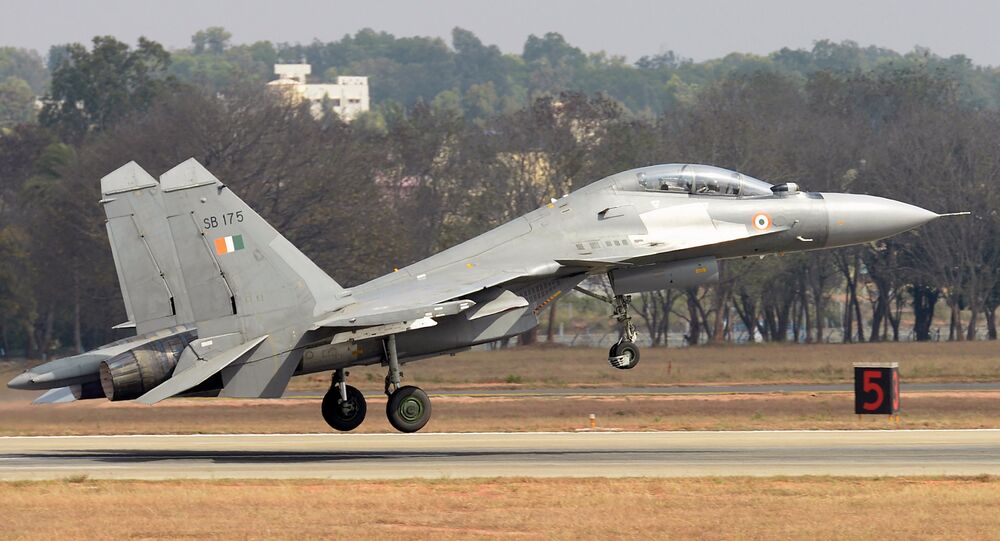 With China Rattled by Long Bridge, India to Build 17 Highways for Jet Landing

India has announced a major overhauling of highways that can be used as airstrips for the Indian Air Force (IAF). Nitin Gadkari, India’s Minister of Road and Transport, has said 17 highways along border areas will be developed to double up as airstrips which will have immense strategic value.

© Flickr / Ronit Bhattacharjee
China’s Main Construction Corporation to Help Build Highways in India
New Delhi (Sputnik) — The IAF had asked the country's national highway authority to build highways in definitive locations in such a way that it can land its combat jets for "operational contingencies" and disaster relief operations. These highways will be located in some 10 states, including Jammu and Kashmir, West Bengal and Assam which is close to the border with China.

"People residing in border areas need highway network and better infrastructure. We are building 17 such highways which can be converted into airstrips," Gadkari told PTI. These highways will be equipped with weapon storage dumps, landing lights, fuel and fire-fighting equipment.

The IAF had landed Mirage 2000 aircraft on Yamuna Express Highway near Delhi in May 2015 after which more roads and stretches were being identified for the purpose in line with the experience of Myanmar. "Last year, IAF had sent a generic plan for utilization of highway as landing strips during eventualities at 21 locations to Ministry of Road Transport and Highways for implementation," government sources told Sputnik.

Last week, Prime Minister Narendra Modi had inaugurated India's longest river bridge which reduces travel time from Assam to Arunachal Pradesh by some five hours and by 165 km in distance.

© AP Photo / Manish Swarup
India Develops Technology to Build Roads From Fly Ash
The Indian government is developing road and railway projects along the border with China so that they can enhance country's defense capabilities in forward areas. Indian defense ministry has also expedited the work for carrying out final location survey of Misamari (Bhalukpong)-Tenga-Tawang strategic rail new line from March this year.

China has been asking India to adopt a cautious and restrained attitude on infrastructure development in areas where consensus has not been reached between the countries. "We hope India adopts a cautious and restrained attitude on the issue before the final settlement of the border issue with China to jointly control disputes, safeguard peace and tranquillity in border areas," the Chinese Foreign Ministry told an Indian news agency.

In January this year, Nitin Gadkari announced that $7.5 billion will be spent on road construction projects in the next five years for Arunachal Pradesh. China considers the upper part of Arunachal Pradesh as south Tibet and its territory. The two countries accuse each other of occupying thousands of square kilometers from Jammu and Kashmir to Arunachal Pradesh.