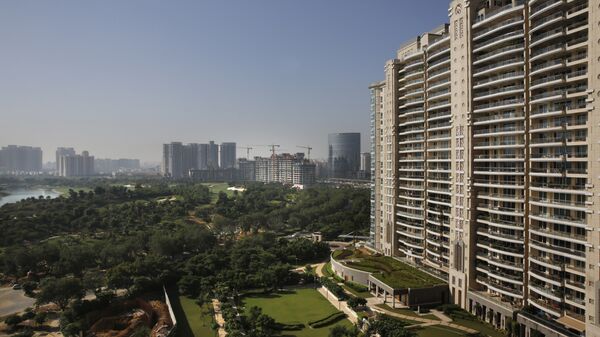 Indian scientists have developed technology to turn fly ash into geopolymer concrete that can be used to build roads, in what is seen as a huge relief for hundreds of thermal power plants that have huge dumps of fly ash, a by-product in generating thermal power.

India Opens Longest Road Tunnel, Which Cost Half a Billion Dollars to Construct
New Delhi (Sputnik) — Indian thermal power plants generate more than 190 million tons of fly ash annually from 151 coal-based thermal power plants and approximately half of them remain unutilized due to which thermal power plants come under heavy criticism from environment bodies and courts. A large part of unutilized fly ash is dumped into ash ponds which pollute land, air and water.

“A geopolymer concrete road stretch of 50 meter length and 3 meter width with 40 Mega Pascal concrete strength has been laid successfully at CSIR-CBRI, Roorkee using NTPC Dadri fly ash, the first of its kind in India. This geopolymer road will not require water curing as required by cement concrete road and also paves the way for bulk fly ash utilization,” said NTPC, the government-owned largest power generation company in India.

​Due to lack of utilization of fly ash, India’s ministry of environment and forests had issued several directions since 1999. Last year, the government had mandated that fly ash should be used in building material and in construction activities, like road building.  “Only 20-30% of fly ash is being currently used in making Pozzolana Portland Cement (PPC). Though there are technologies available worldwide for using 80% of fly ash in cement manufacturing, it is not practised in India for various reasons,” a government committee noted in March this year.

It is estimated that by the end of 2025, India’s thermal power stations may generate 300 million tons fly ash annually.