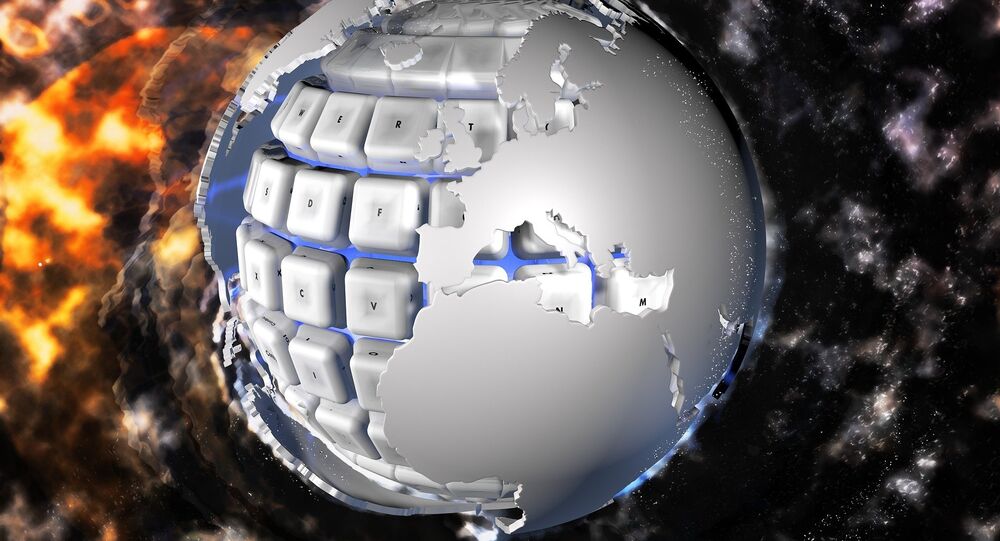 The US hampers the world’s concerted efforts to deal with against cybercrime, and its National Security Agency must shoulder some of the blame for the recent global cyberattack that infected computers at 30,000 Chinese institutions and businesses, China Daily wrote on Tuesday.

© REUTERS / Kacper Pempel/Illustration
European Cyber Agencies Scramble to Counter WannaCry Ransomware Attack
The newspaper added that in the wake of the latest spate of worldwide cyber attacks and the NSA’s failure to cope with them Washington’s decision to bar Chinese companies, such as Huawei Technologies Co Ltd., from operating in the US market looks hypocritical, to say the least.

The China Daily added that the link that clearly exists between some US computer programs and the latest global cyber attacks is adding urgency to China’s effort to replace foreign computer software with its own.

In an interview with Sputnik China, Andrei Masalovich, a former specialist at Russia’s Federal Agency of Government Communications and Information (FAPSI), said he fully shared this opinion.

“The NSA is developing computer malware and has been sloppy enough to have some of this their cyber-weapons stolen from them. The attack on personal computers, based on Windows 8.1 and 10, looks very suspicious to me because they have no need for the module that the hackers used to  break in. Microsoft still installed these modules in the PCs and activated them. This means that the module’s sole purpose is to give intelligence agencies and hackers a chance to get inside the people’s personal computers,”  Masalovich noted.

He said that amid the current US allegations that North Korea could have been behind these cyberattacks, Washington might be tempted to launch a missile attack against Pyongyang.

Andrei Masalovich underscored the need for a concerted international effort against cybercrime. While acknowledging the importance of consultations between the US and China, he said that they are unlikely to be able to solve the problem given the two countries’ diametrically different interests in this area.

© CC0 / Pixabay
Australian Government on Alert in Wake of Global Cyber Attack
Yevgeny Yushchuk, an expert on cybercrime at Urals Economic University, said that since “computer weapons,” are easier to spread around than, say, nuclear, chemical or bacteriological weapons, the chances of them falling into criminal hands are very high.

“On the one hand, each time cybercrime gets out of control, the government feels the need for a concerted international fight against this evil. On the other hand, in places where the authorities let some non-governmental groups use cyber-weapons in the interest of the state, they will hardly be willing to cooperate with anyone,” he noted.

On Tuesday Moscow urged Russian and US computer experts to start a dialogue on how best to combat cybercrime.

The unprecedented global cyber attack that began on Friday May 12 has reportedly infected hundreds of thousands of computers in more than 150 countries and regions, including China, where around 30,000 institutions such as universities and gas stations have fallen victim to the WannaCry ransomware, The South China Morning Post reported.

© Photo : Pixabay
German Rail Giant Deutsche Bahn Reportedly Hit By Cyber Attack
It was against this backdrop that Reuters reported that the Shadow Brokers hacker group which had earlier claimed responsibility for stealing the NSA’s spy programs, announced that in June they would start publishing materials about the missile and nuclear programs of a number of countries, including Russia, China, Iran, North Korea, and also SWIFT data.

Wang Xiqaofeng, a US affairs expert at Fudang University in China, believes that the existing threats to global cybersecurity should encourage the UN and its member-states to join hands in dealing with this problem.

“I hope that China, the United States, Europe, Russia and other influential forces will be able to put their anti-cybercrime emergency groups to work and start dealing with the problem together,” Wang Xiqaofeng told Sputnik China.