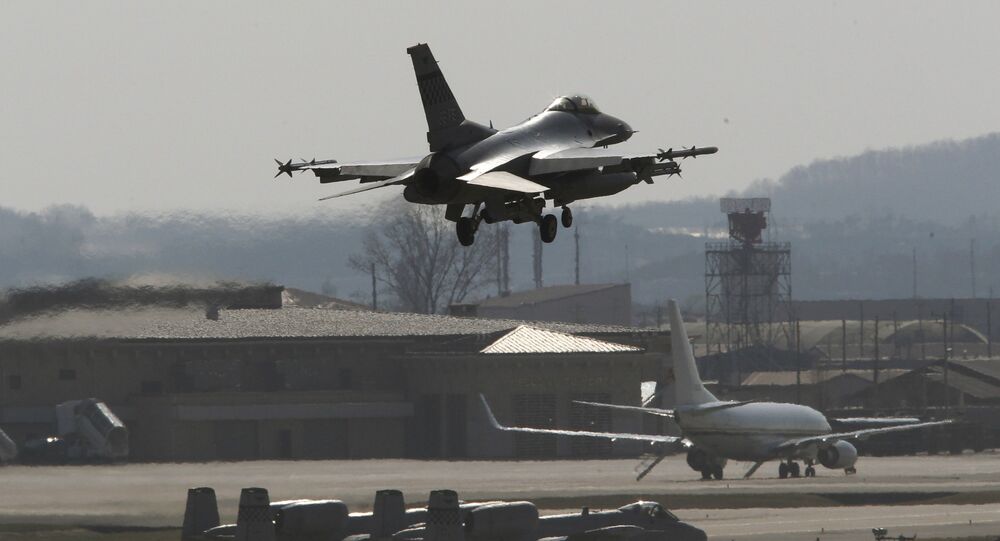 Amid growing tensions on the Korean Peninsula, US and South Korean military forces have conducted joint air exercises in order to improve combat coordination between the two nations.

WASHINGTON (Sputnik) — US and South Korean military forces recently executed a joint air-to-air combat exercise at Kunsan Air Base in South Korea, US Pacific Command said in a press release on Monday.

Pacific Command said the April 17 exercise mixed South Korean and US military forces as an opportunity to fly co-op missions to improve combat coordination between the two nations.

The ongoing exercises are occurring amid tensions with North Korea, which most recently threatened to sink a US Navy strike group led by the aircraft carrier Carl Vinson.