On Thursday, a North Korean peace institute affiliated with country’s Foreign Ministry blamed the US for escalating tensions on the Korean Peninsula, saying that any strike from Washington would prompt a “merciless retaliatory strike.”

In the statement, a spokesman from the institute said that US deployment of nuclear assets could very well spark a nuclear conflict. A US carrier strike group led by the nuclear-powered USS Carl Vinson was recently redirected to the peninsula, as Pyongyang continues its nuclear weapons development program and its regime of threats.

This US show of force takes place only shortly after US President Donald Trump ordered a controversial strike of 59 Tomahawk missiles against Syria’s Sha’irat air base, in a move that North Korea said justified their nuclear activities.

Coming behind the Vinson group is the USS Dewey and the USS Sterett, a couple of Navy destroyers that just arrived in Hawaii and will soon be headed to the Asia-Pacific region. Meanwhile, recent satellite images analyzed by North Korean watchdog 38 North indicate that a sixth North Korean nuclear test is on the horizon.

According to South Korea’s Yonhap News Agency, the North Korean statement said, "By relentlessly bringing in a number of strategic nuclear assets to the Korean Peninsula, the US is gravely threatening the peace and safety, and driving the situation to the brink of a nuclear war." Regarding the strike in Syria, they said "the US. is carrying out military strikes and menacing acts against a sovereign state while calling for peace through strength." 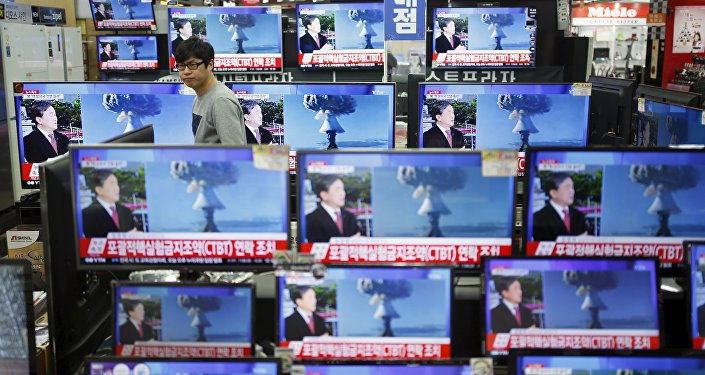 The institute also said that it would be "silly" to entertain any "dream" of defeating them through working with other countries, in what appears to be a reference to Washington pressuring China to take a more aggressive stance against the North’s provocations.

Trump recently met with Chinese President Xi Jinping at the "Southern White House," his Mar-a-Lago resort in Florida. In an interview with the Financial Times not long before his meeting with Xi, Trump said, "If China is not going to solve North Korea, we will. That is all I am telling you."

His tone changed after Xi explained Beijing’s relationship with the North, leading Trump to realize, "it’s not so easy." 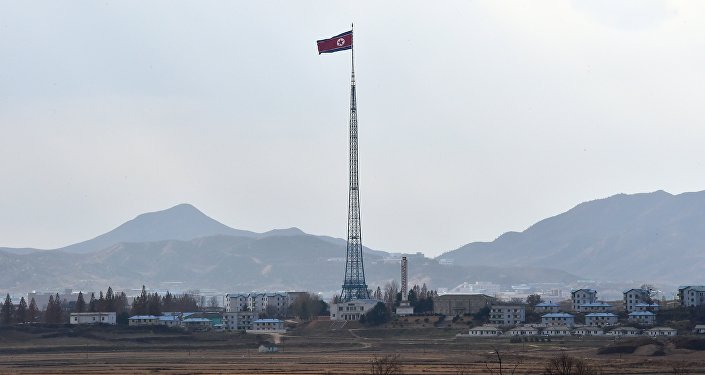 Trump also conducted a complete about-face from frequent comments he had made about Beijing being the “grand champion” of manipulating currency, saying after the meeting, "They’re not currency manipulators."

On Thursday, amid speculation that North Korea’s next nuclear test will take place any day now, Trump remarked that Pyongyang is a "problem" that  "will be taken care of."

Despite Washington’s saber-rattling, China has suggested that diplomatic tactics could still be used to solve the North Korean issue. Chinese Foreign Minister Wang Yi told reporters in Beijing on Thursday, "Military force cannot resolve the issue … Amid challenge there is opportunity. Amid tensions we will also find a kind of opportunity to return to talks."