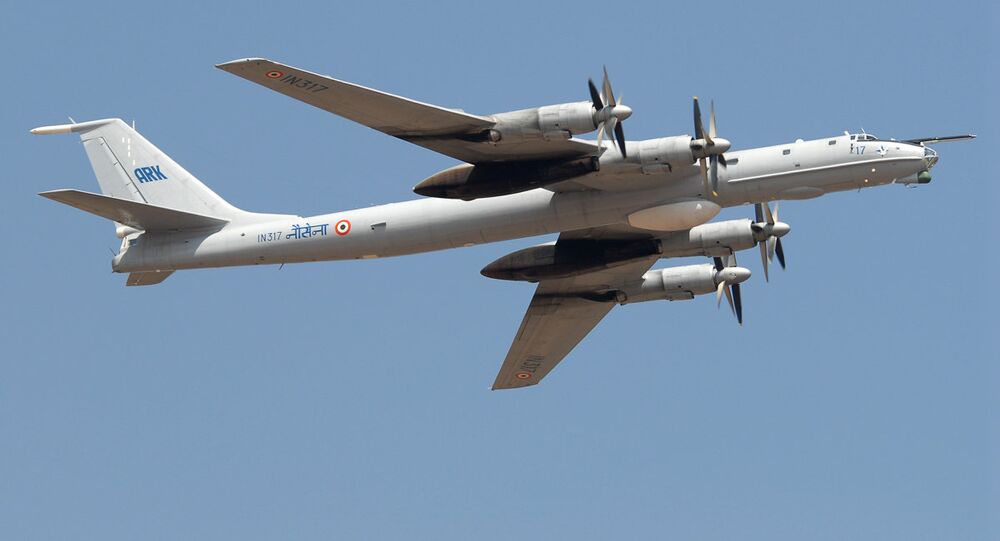 After Almost 30 Years in Service, Indian Navy Tupolevs to Retire

New Delhi (Sputnik) — The navy had already begun gradually phasing out the Tupolevs, nicknamed Albatross, which were key in anti-submarine warfare and maritime patrol roles.

"The workhorse of the Indian Navy, mainstay of maritime reconnaissance and anti-submarine warfare for almost 30 years, Tu-142M aircraft to retire in a week," announced the Indian Navy. The 49.5-meter-long craft with a 50-meter wingspan also served in photographic and radio reconnaissance missions.

"Tu-142M is the fastest turboprop aircraft in the world. Many fighters found it difficult to intercept this machine at high altitude. Tupolevs have been the Eye in the Sky of the Indian Navy for the past 30 yrs providing critical real time inputs for maritime operations," said the Indian Navy.

Only three aircraft are in service as the Navy had started the gradual phasing out with the induction of eight P8I multi-mission aircraft. Boeing will begin deliveries of four other P8Is in 2020.

#TU142M Back in May1987, 40 Pilots/Observers,16 Technical Offrs & 128 sailors were deputed to Riga Russia 4 training @SpokespersonMoD pic.twitter.com/pCCwRn0Kut

The Indian Navy had upgraded Tu-142M aircraft during 2006-10. The aircraft is armed with weapons like the Kh-35 anti-ship missile, self-guided missiles, torpedoes, depth charges and twin AM-23 automatic cannon.

The Indian Navy and the south Indian state of Andhra Pradesh have decided to convert the aircraft into a museum at a cost of US$ 0.75 million.