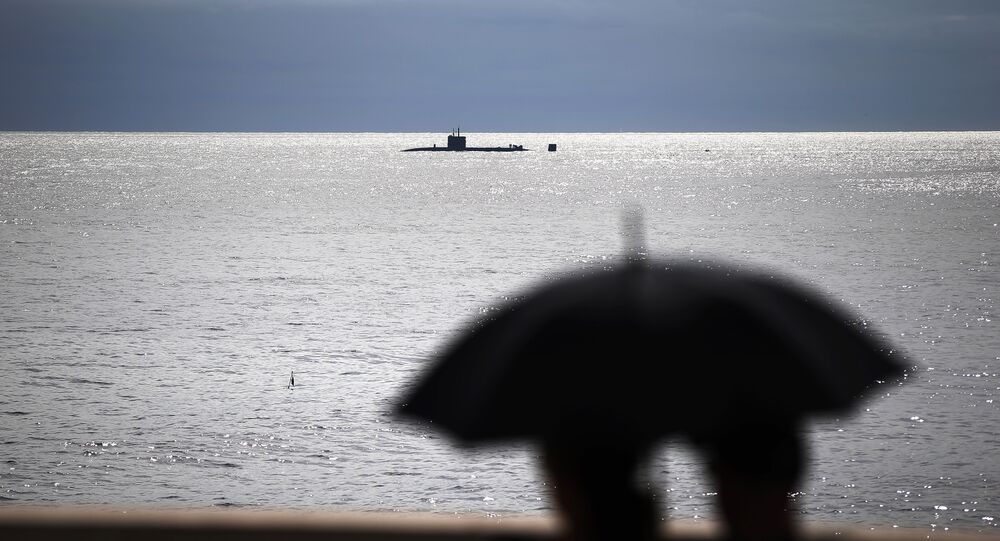 China and Russia are set to construct the world's first commercial submarine, according to media reports. The corresponding member of the Russian Academy of Missile and Artillery Sciences Konstantin Sivkov spoke to Sputnik Radio about such a submarine and how popular will it be once constructed.

© AFP 2020 / FILIPPO MONTEFORTE
Russian Black Sea Fleet to Receive 3 Submarines, 2 Frigates in 2017 - Commander
By the end of 2017, China and a team of Russian scientists plan to complete the construction of the world's first submarine for civilian use, according to the Chinese newspaper, China Daily.

According to the newspaper, the submarine is being developed by the Tianjin Ostar Underwater Vehicles Co. company with the support of Russian research institutes. As the deputy chief manager of the company, Zou Yongchunhe noted the submarine will be able to take hold 20 to 40 passengers and go to a depth of 24 meters.

According to him, two major Chinese travel agencies, Zhangjiajie and Beibu Gulf are quite interested in its development.

The manager said that for the development of the submarine, his company had set up a joint venture with the participation of several research institutes from Russia. It was named Ostar Sino-Russia Joint Marine Technology Research Institute.

“The development of One Belt, One Road strategy is also a great opportunity for companies like us that are looking for more interaction with Russia,” Yongchunhe said.

According to him, after the completion of the development of the civil submarine, it can be used for tourism, for example in Vietnam, Thailand, Greece and Turkey.

The corresponding member of the Russian Academy of Missile and Artillery Sciences, Dr. Konstantin Sivkov, in an interview with Sputnik Radio said that such a project should materialize without any complications.

“This project is absolutely feasible. It will be a highly mobile submarine that does not carry any weapons. Its task will be to safely dive with the passengers, show them the underwater life and safely surface,” Sivkov said.

He further said that the submarine will allegedly have an electric motor for the underwater journeys and on the surface it will operate on diesel or it may be completely electric. In any case, it is purely a commercial project which has no military significance.

Talking about how popular this submarine will be with the tourists, Sivkov said that it is probably going to be quite popular if the ticket prices are reasonable.

“If it is too high, then who will use it? The millionaires possibly will have their own similar subs or they may already have them. In general, such a submarine is not much different from a cruiser with the only difference being that it dives, so it is likely that the price will be slightly different,” Sivkov concluded.