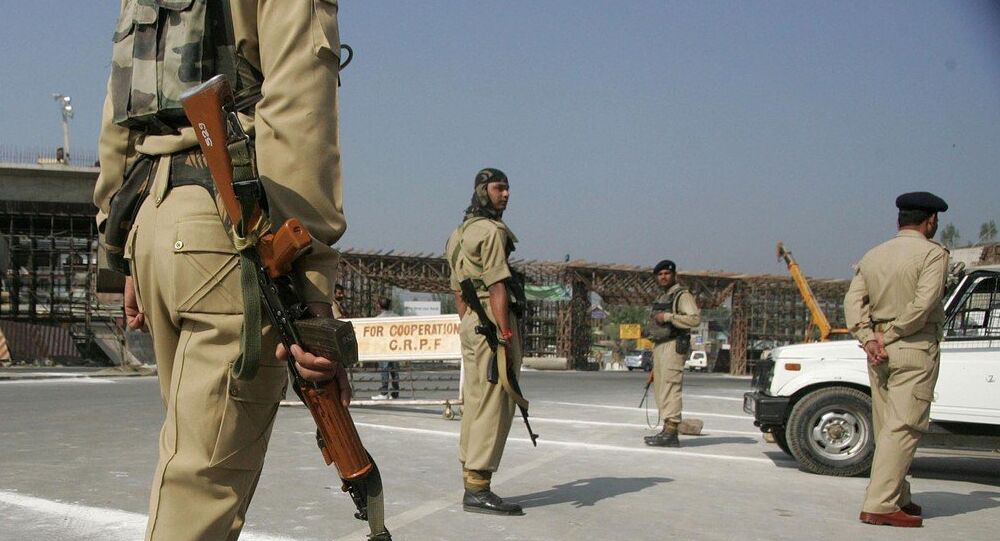 Indian police say the Khorasan unit of Daesh triggered a low intensity train blast in the country, marking its debut here. In February, the terrorists killed over 90 people in an attack on a Sufi shrine in Pakistan.

New Delhi (Sputnik) — After 12 hours of high intensity firing, Indian police killed a suspected terrorist of the Khorasan module of Daesh, also known as ISIS, in a case related to a low intensity train blast on Tuesday, making it the first Khorasan attack in India.

"The slain terror suspect belongs to the Khorasan module of the ISIS (Daesh) and was an active member. But, whether he has been indoctrinated or not is a matter of investigation," said Anti-Terrorist Squad chief Aseem Arun.

Police officials are looking for two more suspects. The encounter took place in Lucknow, the capital of India's most populous state, Uttar Pradesh, which is in the process of electing a new government.

ISIS Khorasan module terrorist gunned down in Thakurganj operation that lasted for nearly 10 hrs, visuals from the room where he was present pic.twitter.com/epZ924enUq

After the encounter in the thickly-populated Thakurganj area, police recovered explosive materials, pistols and several articles.

Since Tuesday afternoon, police were trying to catch the suspect alive. Chilli bombs were used to draw him out, but nothing worked, Arun said. The intelligence unit suspected these terrorists were planning a major attack in the state which has more than 200 million inhabitants.

© AP Photo / Dar Yasin
Daesh Suspects Planning 'Lone Wolf' Attacks Arrested in India
The Khorasan unit of Daesh has conducted multiple attacks in Afghanistan, Pakistan and has successfully managed to recruit a large number of youth from India. It claimed responsibility for the February 16, 2017 attack on a Sufi shrine in Pakistan that killed 90 people.

Daesh first used Khorasan in January 2015, when Abu Muhammad al-Adnani, the then spokesperson for Daesh, announced an "expansion" of Abu Bakr al-Baghdadi's "caliphate" into the "lands of Khorasan". Khorasan is the word used to denote the region comprising Afghanistan, Pakistan, parts of India, and other surrounding countries in Islamic history.