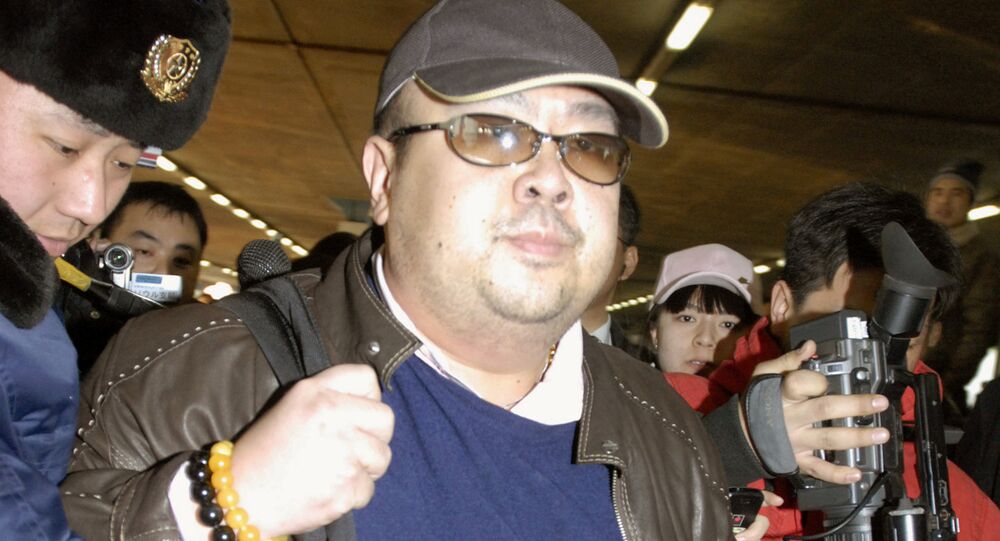 © REUTERS / Lim Se-young/News1
Kim Jong Nam's Murder Raises Questions of North Korea's Chemical Weapons
MOSCOW (Sputnik) – Earlier on Thursday, Ri Tong Il, Pyongyang's former deputy ambassador to the United Nations and a member of the North Korean delegation that arrived in Malaysia to claim Kim's body, said that the North Korean national killed on February 13 could have probably died of a heart attack, since he suffered from heart disease and was under medical treatment.

"We have our experts who are qualified to determine cause of death of Kim Chol. Our investigations and supported by expert reports confirmed that Kim Chol was murdered. North Korea can say what they like but the facts remain," Tan Sri Khalid Abu Bakar told the Bernama news channel on Thursday.

On February 13, a man traveling under the name of Kim Chol and believed to be Kim Jong-nam, was killed at the Kuala Lumpur International Airport as he was about to board a flight to Macau.

According to Malaysian police, Kim was killed by "VX nerve agent," listed as a chemical weapon by the Chemical Weapons Convention (CWC) and classified as a weapon of mass destruction by the United Nations.

The head of Malaysia’s police confirmed on Thursday citing experts that two women swiped Kim Chol’s face with their hands laced with VX nerve agent, after which he died.

Malaysia to Reintroduce Visas For North Korean Nationals Next Week