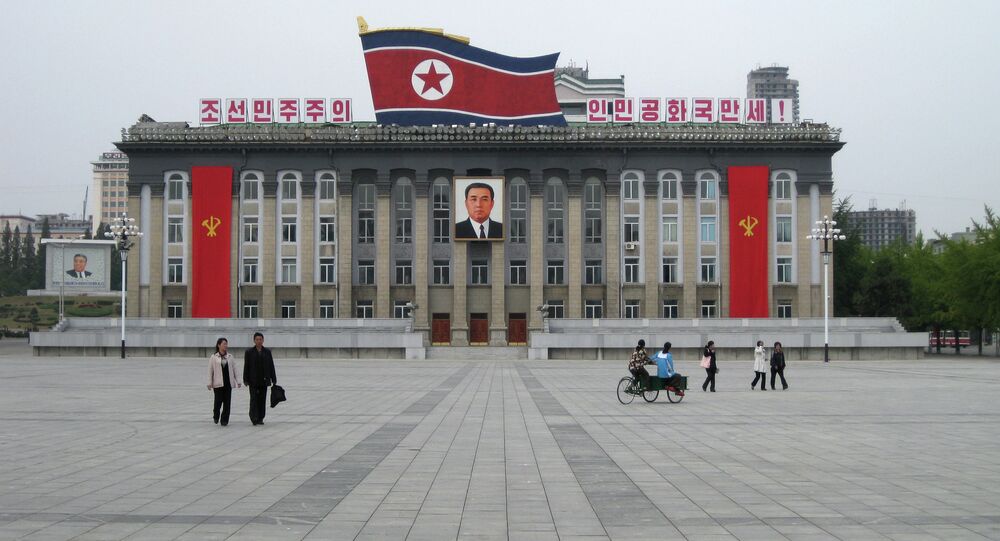 North Korea's nuclear program has long been a source for concern for its closest neighbors, Japan and South Korea, as well as for the global community. On February 12, Pyongyang launched a medium-range ballistic missile into the Sea of Japan and declared the test successful.

© AP Photo / Ng Han Guan, File
'Dancing to US Tune': North Korea Slams China Over Sanctions
In an interview with Sputnik Korea, security expert at the Institute for National Security Strategy, Lee Suhyeong, commented on North Korea's nuclear program and revealed what is behind the country's military strategy.

According to the expert, North Korea's nuclear program doesn't threaten Washington directly (as the latter is located too far away and is not accessible for its missiles), but rather targets the US' close allies in the region, such as Japan, South Korea and other countries.

"The United States must first ensure the safety of its allies in order to conduct a pre-emptive strike on North Korea," the expert told Sputnik Korea.

This is why Pyongyang has concentrated its efforts on developing short- and medium-range missiles.

In this regard, North Korea's strategy is based on the Soviet legacy from the Cold War, the expert argued. During the Cold War, the USSR created short- and medium-range missiles such as the SS-4 and SS-5 which were capable of targeting Washington's allies in Europe.

Lacking technology to develop strategic missiles equal in their power to those of Washington and capable of directly attacking the territory of the United States, Soviet authorities decided to block the possibility of pre-emptive strike on the part of the US by creating a weapon which could target its closest friends.

The same logic has been applied by North Korean leaders to their nuclear strategy, Lee Suhyeong stated.

"If Washington doesn't ensure the safety of its friends, then a preemptive strike becomes impossible because of the threat to allied countries, and this is the main idea which North Korea's military strategy is based on," the expert explained.

© AP Photo / KRT
Kim Jong-un Accelerating Rate of North Korea’s Missile, Nuclear Weapons Programs
North Korea declared itself a nuclear power in 2005. The United States, Japan and South Korea, as well as Russia and China, took part in talks with North Korea on the denuclearization of the Korean peninsula between 2003 and 2009, but Pyongyang withdrew from the talks.

On February 12, 2017, Pyongyang carried out a successful test of an intermediate-range nuclear-capable ballistic missile. Launched from an airbase in the western province of North Pyongan, the missile was reported to have traveled about 480 km before plunging into the Sea of Japan.