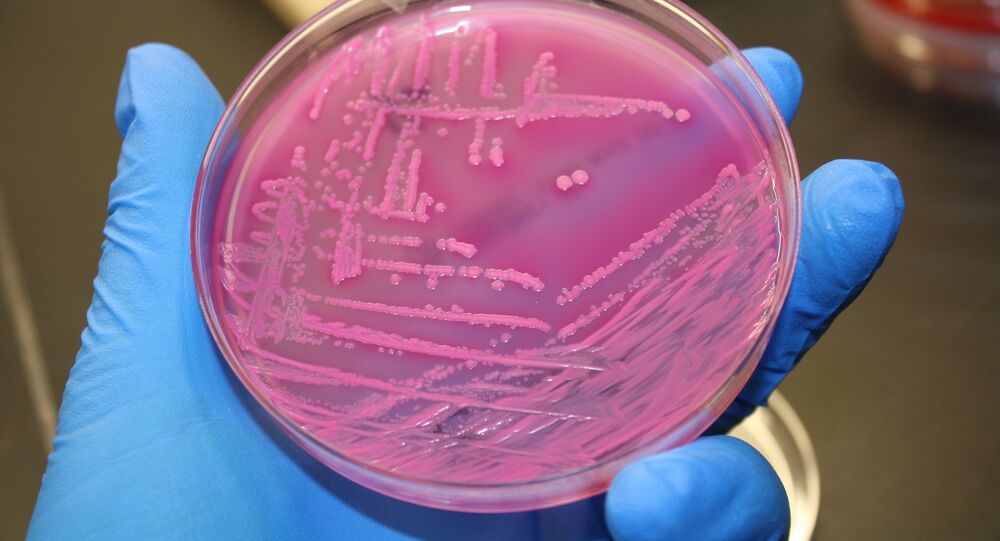 A gene that promotes bacterial resistance to last-resort antibiotics has been revealed to be worryingly prevalent in Chinese hospitals, according to research presented in two new studies in The Lancet January 27.

The MCR-1 gene was first identified in China in 2015 in Escherichia coli bacteria samples from pigs, pork, and a few human cases, and has since been found in more than 30 countries, including the United States, the Center for Infectious Disease Research and Policy reports.

The gene can spread on mobile pieces of DNA that can hop within bacteria families and from one type of bacteria to another. Its sudden prevalence is blamed on the use of the antibiotic colistin in Chinese agriculture over decades. (China banned the drug from animal feed last year.)

Colistin is one of the few remaining antibiotics that can be used to treat multidrug-resistant bacteria. Though MCR-1 has so far rarely been found in humans, its spread would mean that it could eventually run into bacteria with genes that make them resistant to other drugs as well, creating infections that are almost totally impossible to treat.

In one study, conducted between 2007 and 2015, researchers examined more than 17,000 samples from patients with common gut bacteria infections in two hospitals in Zhejiang and Guangdong over a period of eight years. The researchers found that overall, about 1% of the bacteria causing the infections had the MCR-1 gene, including 1.4% of E coli samples. The presence of MCR-1 in E coli in the hospitals also grew over the sampling period, they noted.

The researchers found that recent antibiotic use was a major risk factor to acquiring an MCR-1 positive E coli infection, though living near a farm was not. The authors suggested that this means the gene may be spreading through environmental exposure.

"It now looks like there's potential for the resistance gene to move around and spread between different species of bacteria," Nigel Brown, a spokesman for Britain's Microbiology Society, told the South China Morning Post.

A second study, in which Chinese scientists screened more than 2,000 bacteria samples from patients with bloodstream infections at 28 Chinese hospitals in 2013 and 2014, found roughly the same proportion of MCR-1 infection: 1.3% of E coli samples carried the gene.

Such similar results suggest that that the gene has spread throughout communities and healthcare facilities in the country, including to a particular strain of E coli, ST131, that is associated with epidemic human disease. The multidrug-resistant ST131 is responsible for many urinary tract infections across the globe.

© AFP 2021 / STR
The Superbug on Your Head: Lice Now Immune to Treatment

Chinese officials approved colistin for use in hospitals this year, the South China Morning Post reports, though it is feared that increasing its use in humans will only make the problem of drug resistance worse. Yunsong Yu, one of the authors of the second study study, told the newspaper that colistin's use in hospitals should be very carefully restricted to avoid promoting drug resistance.

"This is a warning shot about the possible scenario where we don't have very much left in the armory to treat infections," Brown said. "I don't think we are very close to that happening, but it is a remote possibility if we aren't careful about how we use our antibiotics."