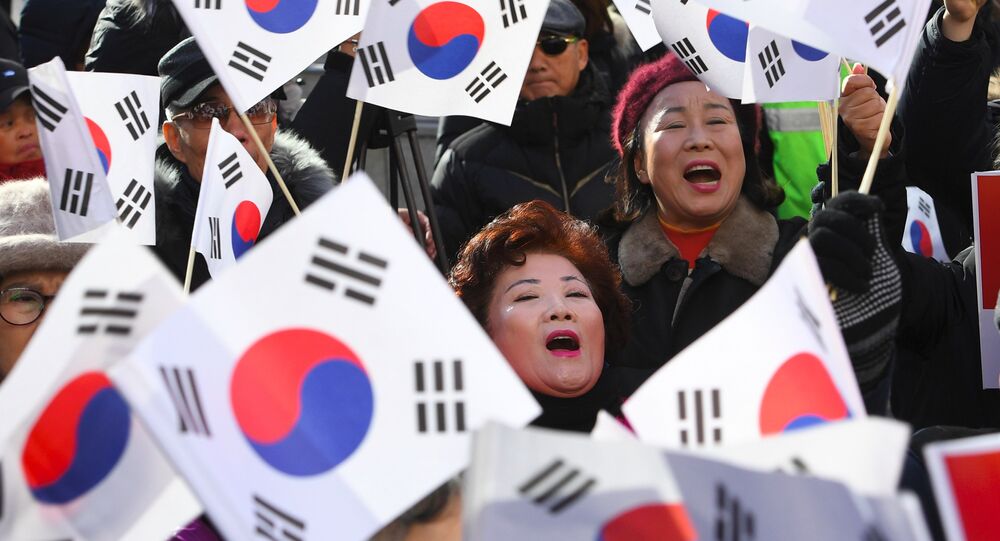 Several members of South Korea's ruling Saenuri Party who support the impeachment of President Park Geun-hye on Wednesday asked opposition parties to revise details of the motion that will be put to vote on December 9, local media reported.

MOSCOW (Sputnik) — A group of the Saenuri Party lawmakers asked the opposition bloc to delete the Sewol ferry disaster from the list of reasons for impeachment and concentrate on the more recent corruption charges, according to South Korean Yonhap news agency.

© AFP 2021 / JUNG Yeon-Je
Faction of South Korean Ruling Party Ready to Back President's Impeachment
The captain and several members of the crew, who left the ship, while passengers were instructed not to move, were later given life sentences.

Political scandal around the president broke out in late October when media reported that Park allowed Choi Soon-sil, her friend and "shadow adviser," who held no official post, to edit her speeches thus letting her influence the country's policy. Moreover, Choi was suspected of pressuring South Korean big corporations and extorting money from them for her noncommercial funds. A total of $70 million was transferred to the bank accounts of these funds.