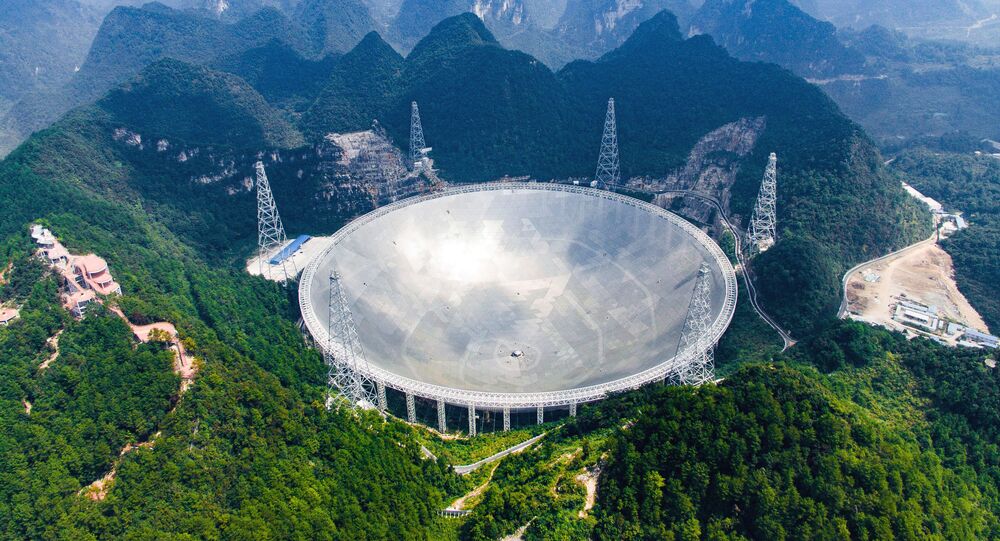 Some 9,000 villagers were forcibly removed from their village in Pingtang county in order to make room for China’s massive 500 meter Aperture Spherical Telescope (FAST), providing impetus for hundreds of families to sue the government.

China's sprint to flex its technological chops with the world’s largest radio telescope also highlights the Chinese government's propensity to ignore the rights of thousands of people who once lived where FAST now sits, Asia Times reports. Han Jingfu, an octogenarian, took his own life by drinking pesticide days after he was compelled to sign a relocation contract, friends and relatives said.

Meng Xiujun, a lawyer in Guangzhou whose Elites Law Firm is taking many of the residents' cases, said that government officials have tried to intimidate him by saying that FAST is part of a key national project. But for Meng Xiujun, "this isn't just a matter of economic interests—once you start asking average citizens to kneel down or beat them, it becomes about human rights and problems with China's rule of law," he told Asia Times.

The massive silver disc will collect data on distant tiny neutron stars or pulsars thought to be products of supernova explosions, conduct surveys of the Milky Way and other galaxies, and search for signs of alien life, according to AFP. During a trial run, FAST detected electromagnetic waves emitted by a pulsar more than 1,300 light-years away.

"We said we had to be a little more daring, because we had to surpass the US no matter what. I think we can get a few Nobel prizes out of it. We as Chinese people really want to win them," Peng Bo, director at China's National Astronomical Observatories, said.