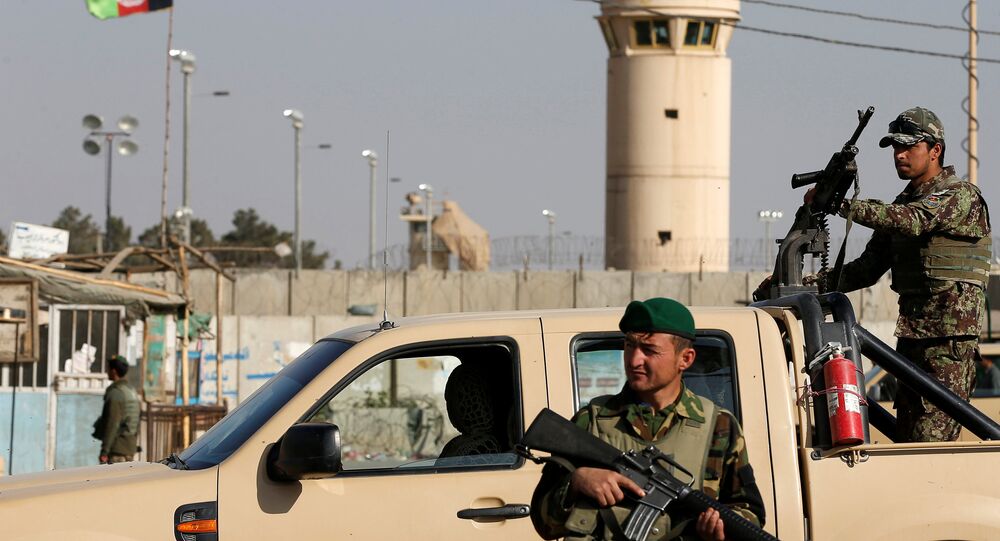 Casualties Reported as Blast Rocks Largest US Military Base in Afghanistan

Three people were killed and 13 others were injured in an explosion in the US Bagram Airfield in Afghanistan on Saturday, a local official said.

MOSCOW (Sputnik) – The blast ripped through Bagram Airfield in Afghanistan, causing a number of casualties, the NATO mission to the country said in a statement.

"We can confirm that there was an explosion at Bagram Airfield just after 5:30 am [01:00 GMT]. There have been casualties," the statement of the Resolute Support mission read.

© AFP 2020 / Aref Karimi
Some Schools in Afghanistan's Herat Built With US Funds Lack Water, Electricity
"Our Force Protection and medical teams are responding to the situation," it added, without providing additional details.

No militant group has reportedly taken responsibility for the attack.

"It is not clear what caused the explosion or the nationality of the victims," Haji Shokoor, the district governor of Bagram told the CNN broadcaster.

Bagram Airfield, the US' largest military base in the conflict-ridden country, is not new to terrorist attacks. Last December, suicide bomber riding a motorcycle killed six American troops, AFP reported.