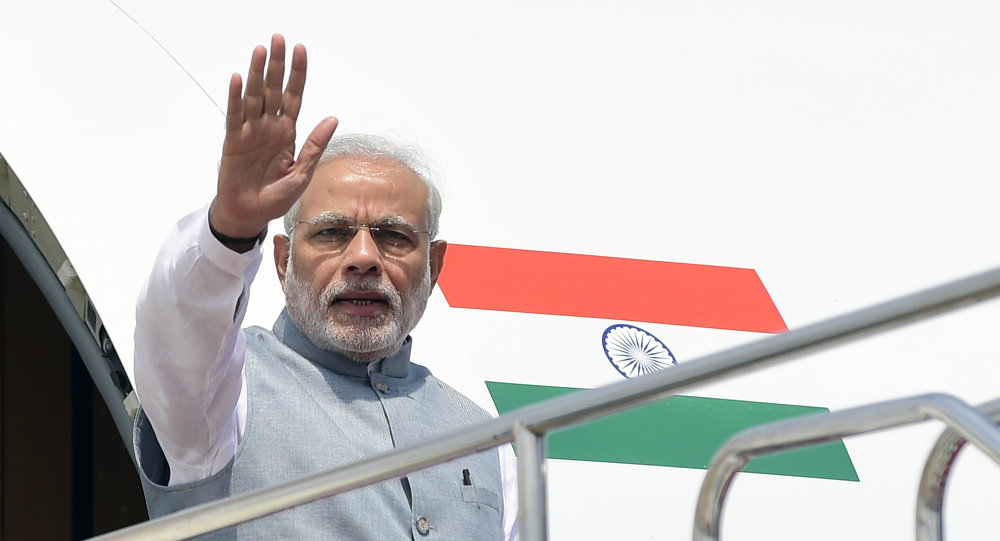 Indian Prime Minister Narendra Modi’s Japan visit will be first major interaction between two major Asian nations that were key components in Obama’s Pivot to Asia to checkmate China. As Trump is lukewarm towards that concept, Japan may try to edge closer to India with deals in nuclear energy, defence and high end technology.

© REUTERS / Adnan Abidi
Modi Quick to Hail Trump Win as India Sees Upturn in Ties
New Delhi (Sputnik) — The world community will watch Indian Prime Minister Narendra Modi’s visit to Japan with a great deal of interest. Both Asian powers have edged closer to each others with a helping hand from the US. Now that US President-elect Donald Trump is opposed to the American military umbrella over Japan, the signs are Tokyo may utilize the Modi visit to signal greater proximity with India.

Modi’s second visit to Japan within a year was firmed up before the US voted to elect its President. His three-day stay in Japan will now acquire an extra edge because of the US President-elect’s distaste for bankrolling the defence requirements of its allies like Japan and South Korea.

In such a situation, Japan may try to telegraph its intention to get closer to India by adding more substance in defense, security, trade and investment.

Modi will visit the Kawasaki Heavy Industries facility in Kobe where high speed trains are manufactured. India has awarded a $ 13 bn Bullet Train contract that will run between Mumbai and Modi’s hometown Ahmedabad. The event will be high on optics as he will be accompanied by the Japanese Prime Minister Shinzo Abe. Japan is in the fray for more contracts for semi-high speed trains as well.

Can Modi’s Tokyo Visit Bring About a Big Bang Moment in India-Japan ties?