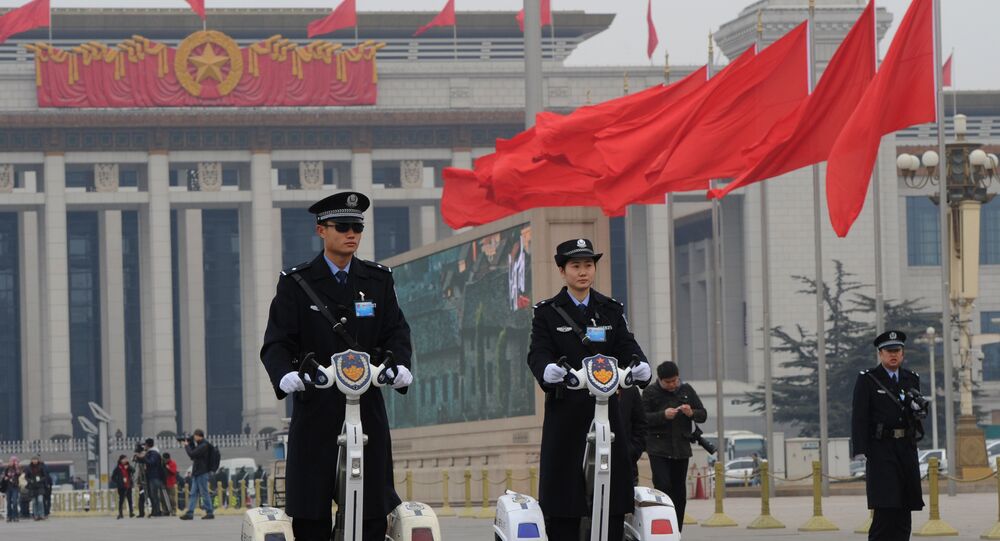 Malaysian Prime Minister Najib Razak begins his official visit to China on Tuesday. The two countries are expected to sign a number of business deals amid deteriorating relations with the US. Radio Sputnik spoke with Profesor Zhang Baohui, Chinese analyst of Lingnan University in Hong Kong.

“Prime Minister Najib said that he is going to take the bilateral relationship to new heights. In the context of Philippines President Duterte’s visit, Malaysia also wants to improve relations with China,” Baohui said.

During this trip the two countries are expected to sign a number of deals and agreements. “I think one of the most important aspects of their agreement could concern the purchase of roughly 15 coastal vessels for the Malaysian Navy and that is an important sign, because people think that by signing this Washington will be made very unhappy,” analyst said.

© AP Photo / Vincent Thian
Will Malaysia Be America’s Second Black Eye in South China Sea?
Talking about benefits for both the countries locally, the analyst said that for China improved relations with Malaysia would be a strong diplomatic win, whereas, for Malaysia it would be an important source of economic and financial gain.

He further spoke about the advantage of enhanced bilateral relations in the region in general and how it may help reach stability.

The South China Sea dispute always lingered in the background in the relations between the two countries.

“However, after President Duterte successfully demonstrated that a bilateral cooperative relationship may benefit both countries and also the region, President Najib may prove it once again that developing friendly relations with China is probably the best way to resolve the regional tension,” the analyst said.

He further added that although the US claims that aligning with it is beneficial to countries like Malaysia, such claims have not worked out and hence have led to more regional tensions.

Baohui further spoke about Malaysia’s relations with China and how it may actually gain economically from improved ties.

“With the rise of China, I think there will be an overall trend of countries adopting some sort of bandwagon relationship with China and it will be unstoppable because China offers important economic and financial incentives to those countries. President Duterte once said that only China has the economic resource to help Philippines’ economy to achieve modernization.”

According to the analyst, it is natural for the regional countries to be reaching toward China and in the near future it will also resolve the dispute in the South China Sea.

The two countries are expected to sign a number of business deals as well as the first significant bilateral defense agreement. The latter is expected to bring about a strategic shift in the region and a potential blow to Washington’s so-called pivot to Asia.

That comes as ties between Malaysia and the US continues to fray and Washington’s longtime ally, the Philippines is improving its relations with China. According to experts, quoted by AFP, the latest development signals Beijing’s increasing role in the region, leaving the US in retreat.