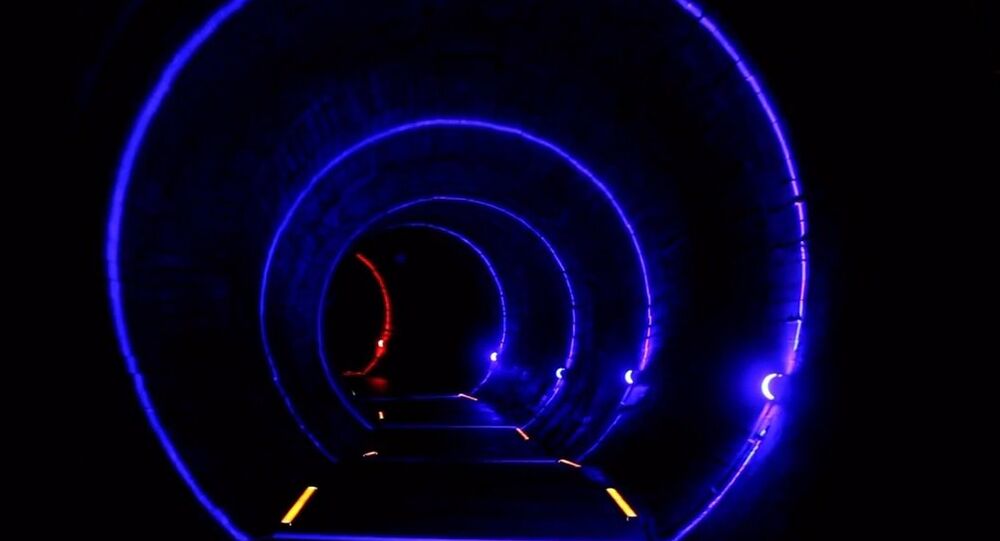 A top-secret nuclear bunker that was used to make plutonium for China’s nuclear armory during the times of the Cold War has finally opened for tourists to poke around.

The 816 Nuclear Military Plant in Chongqing municipality hidden in the largest cave ever made by man, was designed to withstand a 1 megaton explosion and an earthquake measuring up to 8 on the Richter scale.

In 1966 Chinese Premier Zhou Enlai ordered the construction of “Underground Project 816” in the mountains of Fuling district in Chongqing municipality to produce fissionable material for atomic bombs, primarily of plutonium-239.

© Photo : Vivos
Soviet-Era Bunker in Germany Will Shelter You When the World Ends
Over 60,000 soldiers were brought in to build over 104,000 square meters of underground space, numerous caves and more than 130 roads and tunnels.

In 1978 “Project 816” was awarded a state prize in science and technology.

Even though the 816 Nuclear Military Plant stopped producing plutonium in 1984, it was declassified only in 2002 and after fourteen more years, it will finally become a museum that anyone, including foreigners, are now free to come to.

Areas open to the public feature colorful modern lighting and a wide array of sound and video light effects and educational displays.

Where once was China’s first nuclear power plant, visitors will now have a chance to see, among other things, a working model of a power generating turbine.

There will also be photographic and video displays looking back at the history of Project 816.