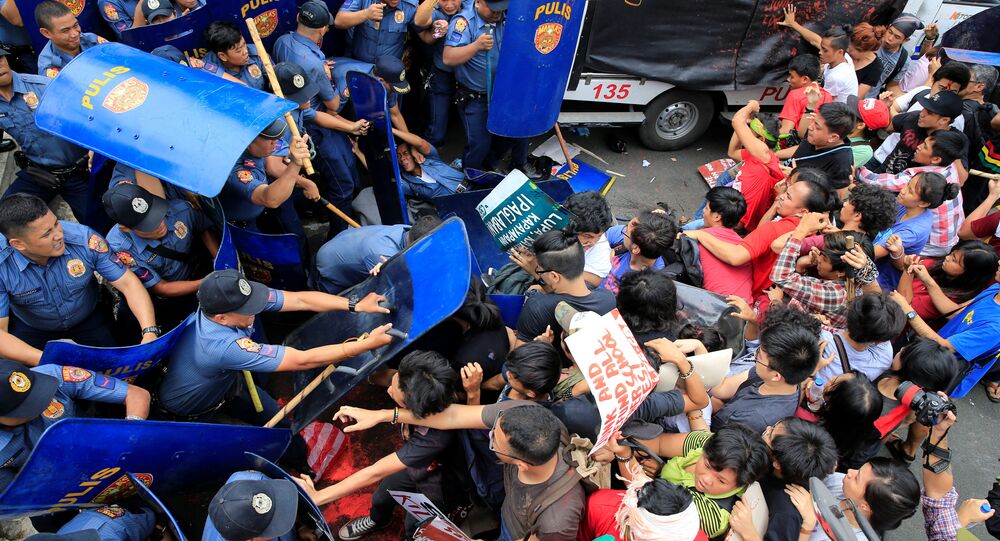 Demonstrations against the presence of US troops in front of the US Embassy in Manila were violently dispersed by the country's police.

According to reports, the Philippine police drove a van into a crowd of protesters, running over several people and using tear gas to disperse the activists.

During the suppression of the protest, police detained 23 people. Three people were hospitalized.

"There was absolutely no justification for it," the leader of the protest campaign, Renato Reyes, told the media. "Even as the president vowed an independent foreign policy, Philippine police forces still act as running dogs of the US."

Pictures posted on social networks showed activists gathered outside the US embassy.

​The demonstrators mainly consisted of students, workers and representatives of national minorities calling for an end to the presence of US troops in the country and an independent foreign policy, earlier announced by Philippine President Rodrigo Duterte.

Philippine's Duterte Visits China - Says 'I Am No American Puppet'